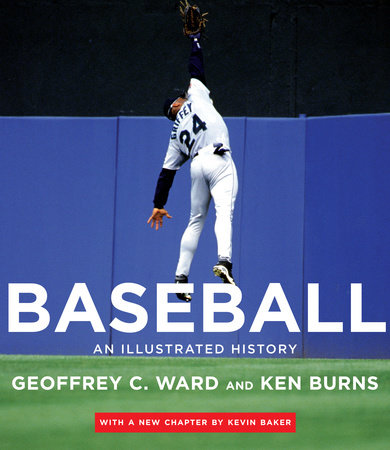 The acclaimed nationwide best seller and companion volume to Ken Burns’s grand-slam PBS documentary—updated and expanded to coincide with the broadcast of a new, two-part Tenth Inning that looks back on the age of steroids, home-run records, the rise of Latino players, and so much more.

With a narrative by Geoffrey C. Ward, a preface to the new edition by Ken Burns and Lynn Novick, a new chapter by Kevin Baker, and an introduction by Roger Angell.

And featuring an interview with Buck O’Neil.

Also available as an updated hardcover