The Eichmann Trial Now On Sale 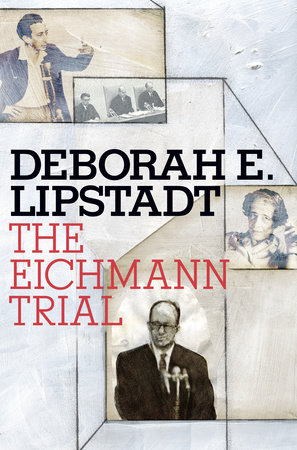 Deborah Lipstadt’s The Eichmann Trial, “a thoughtfully researched and clearly written account of the courtroom proceedings and of the debates spurred by the trial” (Wall Street Journal), is now on sale from Schocken Books. The 50th anniversary of this first-ever-televised courtroom trial is coming up on April 11, and Lipstadt is making stops around the country to discuss this watershed anniversary of a trial that is still very much in minds today. Don’t miss her NYC events with the United States Holocaust Memorial Museum on Tuesday, April 5 at the Puck Building (in conversation with Peter Alexander) and with the Center for Jewish History on Thursday, April 14 (in conversation with Gary Rosenblatt, co-sponsored by The Jewish Week and Nextbook). Watch Lipstadt discuss the Eichmann Trial, and don’t miss her on NPR Weekend All Things Considered with host Guy Raz (interview airing on 3/26 or 3/27).