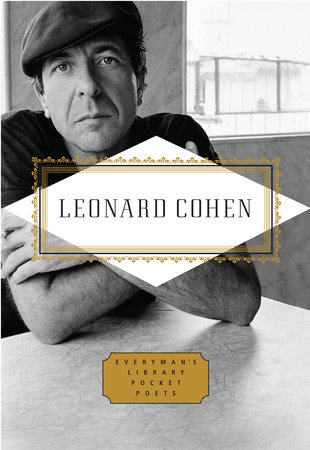 Leonard Cohen, whose work as a songwriter transcends genres and appeals to listeners across the generations, comes before us as a poet in a new Everyman’s Library Pocket Poets Edition. Some of his songs are like poems, and some of his poems are like songs; his rebellious, tender, sardonic voice inheres throughout.

If I had a shining head
and people turned to stare at me
in the streetcars;
and I could stretch my body
through the bright water
and keep abreast of fish and water snakes;
if I could ruin my feathers
in flight before the sun;
do you think that I would remain in this room,
reciting poems to you,
and making outrageous dreams
with the smallest movements of your mouth?

Audio Feature: Live audio of Leonard Cohen reading his poems and singing at the Y in 1966.
Audio