April 17: Emily Brontë's "No coward soul is mine" 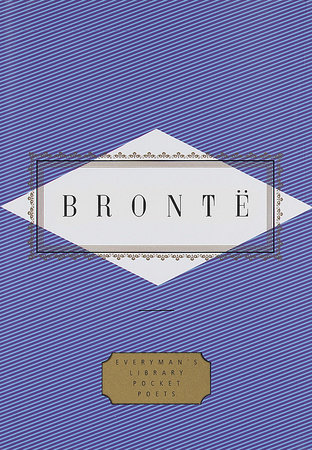 Emily Brontë was born in 1818. Along with her poems, her novel, Wuthering Heights, is considered a classic of Victorian literature. But she lived in obscurity, never having published under her own name—she wrote as “Ellis Bell”—and never having achieved the kind of critical or commercial success experienced by her sister, Charlotte (who wrote as “Currer Bell”). Emily died at the age of thirty, in 1848. At her memorial service, her beloved bulldog, Keeper, accompanied the family to the church. Our selection for today is one of her most famous poems, “No coward soul is mine.” (The full story behind Emily Brontë’s pseudonym is featured in a book by one of our Pocket Poet editors, Carmela Ciuraru, whose Nom de Plume: A (Secret) History of Pseudonyms will be out in June.)

No coward soul is mine

O God within my breast
Almighty ever-present Deity
Life, that in me hath rest
As I Undying Life, have power in thee

Vain are the thousand creeds
That move men’s hearts, unutterably vain,
Worthless as withered weeds
Or idlest froth amid the boundless main