Ayelet Waldman On Writing What You Don’t Know 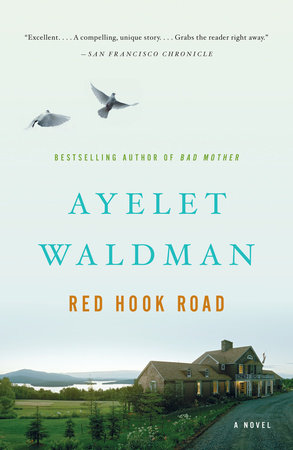 Ayelet Waldman, author of Red Hook Road, tells us which time-honored piece of writing advice she prefers to disregard and explains why her favorite characters are the ones most unlike her.

There’s an old bit of literary wisdom that writing students learn by heart as soon as they first put pen to paper (or turn on their laptops): write what you know. Even my second grader received this instruction for his weekly writing assignments. But whether it’s because he shares his father’s elaborate imagination or my own inherent perversity, my son refuses on principal to follow this rule. When asked to write about how he spent his weekend, he submits a paragraph about his field work among the Tharks, a tribe of four-armed, green nomads who inhabit the planet Mars. For an assignment about why he loves his parents, he crafted a poem about his father’s skill at poker and his mother’s divinely inspired fried chicken. My husband doesn’t gamble, I’ve never fried a drumstick in my life, and as far as I know, the kid’s never been to Mars.

Irate notes from the teacher notwithstanding, I have to admit I understand where my son is coming from. When writers only write what they know, we end up with lots of short stories and novels about young people falling in love for the first time, often in Iowa (the site of the nation’s preeminent writing program). All well and good, but at some point even the most beautifully crafted sentences begin to grow tiresome if they describe people we’ve read about a hundred times before.

All this is by way of explaining why Red Hook Road is full of things like classical music, boxing, wooden boat building, and inter-racial adoption. Before I began research for the novel, the only thing I knew about Beethoven was that he was deaf, and about Mozart was that he’d been murdered by a fellow composer (What? That wasn’t a documentary? Are you sure?). I started a crash course that began with the Idiot’s Guide to Classical Music and worked its way up to Classical Music for Dummies (and a little beyond). I’d never even watched a boxing match, but by the time I finished the novel, I was able to provide color commentary for the De La Hoya v. Manny Pacquiao bout. And though nobody with an ounce of sense would ever go out in a boat with me as passenger, let alone captain, I no longer vomit at the mere sight of a sea-going vessel. (I can go a whole ten minutes on the water before losing my lunch over the side).

It’s for this reason, I think, that my favorite characters in Red Hook Road aren’t those who are arguably more like me, the prickly Jewish mother Iris Copaken or her daughter Ruthie, or even Jane Tetherly, the other mother in the story. My two favorite characters are Samantha, a young violin prodigy, adopted as a toddler from Cambodia, and her mentor, Mr. Emil Kimmelbrod, Iris’s father, himself a prodigy on the violin, though Parkinson’s disease has stolen from him his ability to play. I love the relationship between these two people, who have nothing in common besides a love of music and a remarkable gift. I love the way Samantha’s plain-spoken honesty and need inspires Mr. Kimmelbrod to plumb emotional depths he otherwise resists. These two were a pleasure to write, in part because it was so difficult to imagine how people so different from me would think, feel and act.

To be allowed to inhabit the mind and heart of someone else, to find a way to express their thoughts with some modicum of authenticity, this is both the challenge and delight of writing fiction.

Click to read an excerpt from Red Hook Road, download our reading group guide, and schedule a phone chat with the author.