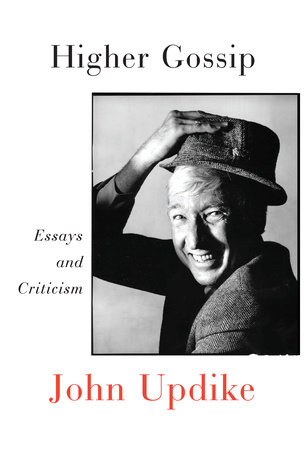 A collection both intimate and generous of the eloquent, insightful, beautifully written prose works that John Updike was compiling when he died in January 2009.

This collection of miscellaneous prose opens with a self-portrait of the writer in winter, a Prospero who, though he fears his most dazzling performances are behind him, reveals himself in every sentence to be in deep conversation with the sources of his magic. It concludes with a moving meditation on a modern world robbed of imagination—a world without religion, without art—and on the difficulties of faith in a disbelieving age. In between are previously uncollected stories and poems, a pageant of scenes from seventeenth-century Massachusetts, five late “golf dreams,” and several of Updike’s commentaries on his own work. At the heart of the book are his matchless reviews—of John Cheever, Ann Patchett, Toni Morrison, William Maxwell, John le Carré, and essays on Aimee Semple McPherson, Max Factor, and Albert Einstein, among others. Also included are two decades of art criticism—on Chardin, El Greco, Blake, Turner, Van Gogh, Max Ernest, and more.

Updike’s criticism is gossip of the highest order, delivered in an intimate and generous voice.

John Updike was the author of more than sixty books, including collections of short stories, poems, and criticism. His novels have been honored with the Pulitzer Prize (twice), the National Book Award, and the Howells Medal of the American Academy of Arts and Letters. Hugging the Shore, an earlier collection of essays and reviews, received the National Book Critics Circle Award for criticism. He died in January 2009.