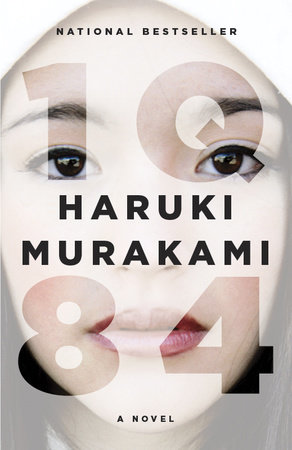 Haruki Murakami’s most ambitious novel yet, 1Q84 is available now both as a single-volume trade paperback and as a deluxe three-volume paperback boxed set. A young woman named Aomame follows a taxi driver’s enigmatic suggestion and begins to notice puzzling discrepancies in the world around her. Meanwhile, an aspiring writer named Tengo takes on a suspect ghostwriting project. As Aomame’s and Tengo’s narratives converge over the course of this single year, we learn of the profound and tangled connections that bind them ever closer.

Set in Toyko in 1984, the world of 1Q84 is complex: although there are familiar landmarks in the book, the line between fantasy and reality is thin. In this month’s Armchair Adventurer, we take a look at some of the real-life places that Murakami has incorporated into this beautiful novel.

“Aomame had caught the cab near Kinuta and told the driver to take the elevated expressway from Yohga. The flow of traffic had been smooth at first, but suddenly backed up just before Sangenjaya, after which they had hardly moved.”
The Metropolitan Expressway—Route 3, specifically— plays a significant role in 1Q84. The Expressway is a series of elevated toll roads in Tokyo. Route 3 is a 7 1/2 mile stretch known as the Shibuya Route. Click for a beautiful overhead view of the expressway— or click to watch videos of the route, shot by drivers.

“Tengo took the elevated train to Shinjuku after his third class ended. He bought a few books at the Kinokuniya bookstore, and then headed for the Nakamuraya Café.”
Shinjuku is one of Toyko’s busiest neighborhoods, a business district and entertainment center that is loaded with shops, restaurants, large department stores, and bars. It is also home to the Shinjuku Gyoen National Garden, a one time Imperial Garden that has been transformed into a beautiful public park, perfect for spotting cherry blossoms in the spring. Kinokuniya is a Tokyo-based chain of bookstores that was founded in 1927 and has grown to include over 130 stores in Japan and overseas. (There may even be a location near you!) And the Shinjuku branch of The Nakamurya Café is far from a simple cafe—it’s a five-floor labyrinth of restaurants both casual and upscale. A New York Times reporter visiting some of 1Q84‘s locations dubbed the Nakamurya Café “a compound” and treated himself to “an excellent cup of coffee…and a curry dinner.”

“This was a well-known singles bar in the Roppongi entertainment district. Single men came here on the prowl for single women—or vice versa.”
Nightlife is the word in Roppongi. Fodor’s says the neighborhood is an “irresistible draw for young clubbers with foreign sports cars and wads of disposable income” and CNN calls it “one of the strangest places in central Tokyo—contradictory, entertaining, crime-ridden, loved and loathed in more or less equal measure.” But despite its reputation as an after-hours haven, Roppongi has some notable daytime landmarks, including Tokyo’s National Art Center, a modern and contemporary art museum that opened in 2007, and Tokyo Midtown, a “city within a city” that includes the largest building in Tokyo.

“With its high ceiling and muted lighting, the capacious lobby of the Hotel Okura’s main building seemed like a huge, stylish cave…. In this place so full of legend and suggestion, Aomame was truly out of place..
The Hotel Okura is a luxury hotel built in 1962, the first of what is now a worldwide chain. In its fifty year history, the Hotel Okura has hosted a number of luminaries, including Presidents Ford, Carter, Nixon, Regan, Bush Sr., Clinton, and Obama.

“After climbing down from the slide and leaving the playground, Tengo wandered aimlessly through the streets of Koenji, from one block to the next, hardly conscious of where his feet were taking him.”
Just west of Shinjuku is Koenji, a small residential neighborhood known for its shopping and underground culture. There are over 70 vintage clothing stores in Koenji and the neighborhood’s hip residents are documented on local fashion blogs. Koenji is also a hub for Japan’s live music scene, with venues like the UFO Club, Penguin House, and Muryoku Muzenji keeping the neighborhood vibrant.

“Tengo took a morning special express train from Tokyo Station to Tateyama, changed there to a local, and rode it as far as Chikura. The morning was clear and beautiful. There was no wind, and there was hardly a wave to be seen on the ocean. Summer was long gone.”
Chikura was a seaside town in the south of Chiba that was incorporated into the city of Minamib?s? in 2006. How very Murakami—and how very 1Q84—a town that no longer exists! But the land, of course, remains, and Chikura Beach is today a popular destination for surfers.