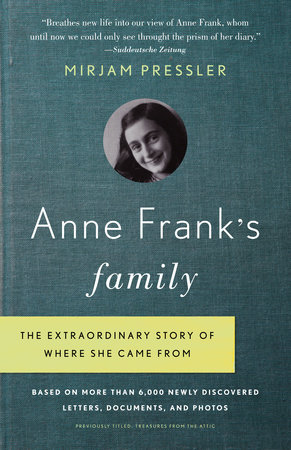 Anne Frank’s Family is a fascinating history based on a treasure trove of thousands of letters, poems, drawings, postcards, and photos recently discovered by Anne Frank’s last surviving close relative, Buddy Elias, and his wife, Gerti.

In this interview with CNN-TV’s “Starting Point,” Buddy discusses what it was like to grow up alongside Anne:

Plus, in this interview with CNN’s Randi Kaye, Buddy shares the story of how he discovered these hidden treasures: