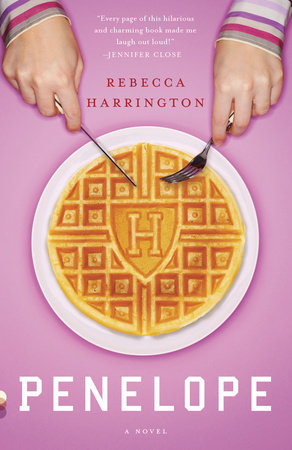 Rebecca Harrington’s Penelope is the brilliantly funny story of a Harvard student trying to survive her freshman year. It’s not as easy as it looks—Penelope roommates are a little psychotic, her Images of Shakespeare class mostly involves angry discussions about whether or not the Bard was overweight, and the aristocratic upperclassman she has admired from afar never eats in the freshman dining hall. Gloriously skewering the social hierarchy of college, Penelope is one of the funniest debut novels in recent years.

Harrington—who graduated from Harvard in 2008—was recently interviewed by The Harvard Crimson about how her her years at Harvard inspired Penelope. “I had an experience that was much more like a linking together of absurd accidents than I did a transformative bildungsroman,” she tells them. In an interview with Book Riot, she elaborates: “I was inspired by a set of 1930s campus novels set in Oxford/Cambridge: Decline and Fall, Lucky Jim, Zuleika Dobson, they used Oxbridge in this kind of interesting way, as a microcosm for satirizing their class system. It’s interesting to look at American campus like that.”

Click here to read an excerpt from Penelope and to read an essay about the book by editor Jenny Jackson. For more from Rebecca Harrington, don’t miss this hilarious piece she wrote for The Cut, in which she attempts to stay on the Liz Taylor Diet for two weeks.