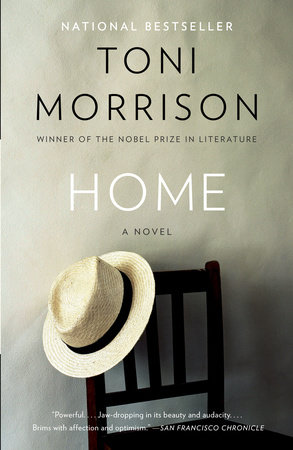 From Toni Morrison, winner of the Nobel Prize in Literature, comes a searing new novel called Home. Frank is a modern Odysseus returning to a 1950s America mined with lethal pitfalls for an unwary black man. As he journeys to his native Georgia in search of his sister, it becomes clear that their troubles began well before their wartime separation.

Together, they return to their rural hometown of Lotus, where buried secrets are unearthed and where Frank learns at last what it means to be a man, what it takes to heal, and—above all—what it means to come home.

Watch Toni Morrison read from Home, an excerpt in which Frank reminisces about his hometown: