Behind the Book: Autobiography and Philida 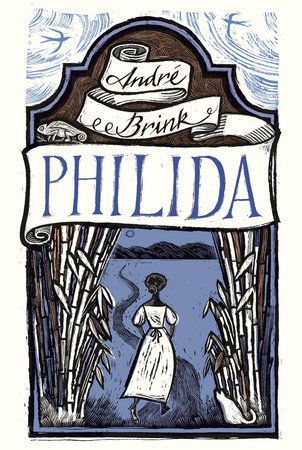 It’s not uncommon for novelists to include autobiographical details in their books—whether they intend to or not—but sharp-eyed readers of André Brink’s 21st novel, Philida, will quickly notice that the author has a particularly strong connection with his characters: they’re also his family.

Although most definitely a work of fiction, Philida is deeply rooted in Brink’s personal history. He first stumbled across the story that would become the basis for the novel while visiting a wine farm that had belonged to a distant relation. That relation was Cornelis, the brutal patriarch and cruel slave owner in the novel, and as Brink continued to explore the darkest moments in his family’s history, he became more and more convinced that Philida’s story was one that he had to share with the world. From this chance discovery, his Booker Prize-nominated novel was born.

In many of his previous works, Brink has explored the rampant racism that cast a shadow over South Africa for centuries. The indigenous black population, which makes up the majority of the inhabitants of the country, were systematically repressed and mistreated by the white Afrikaner minority (descended from Dutch settlers who arrived in the 16th and 17th centuries), first through the slave trade and later under the system of Apartheid. In his 1983 novel, A Chain of Voices, Brink wrote about a slave uprising that took place just a few years before the events of Philida (which features some of the same characters), but never before has he engaged with South African history on such a personal level.

The writing process was not an easy one. Funded by a grant from the late Afrikaans writer Jan Rabie, and his wife, Marjorie Wallace, Brink spent years excavating his family’s role in Philida’s tragic life. “Encountering slave history, which had fascinated me for a long time, and finding my family directly involved with it…meant one couldn’t just see it as history,” he told a British newspaper, while admitting “I don’t think I’ve ever battled so much with a book.” The battle was a deeply personal one, and the events of Philida may have forced Brink to come to directly acknowledge the underside of the past—both that of his country and of his ancestors.

In writing the novel, Brink drew extensively on historical records, many about his own family members. The bankruptcy of Cornelis’s family, for example, was carefully recorded, giving remarkable insights into life on the Cape (or Caab, as it is known to in the novel) in the 1830s. In addition, he turned to accounts of other slaves living in the region at the same time to add another dimension of realism to his story. He also says that he looked to works of fiction, including Yvette Christiansë’s 2006 novel Unconfessed.

In order to write Philida’s character, however, there was much he had to create. He notes in the Acknowledgements section of the book, “From the moment Philida is sold and almost totally disappears from recorded history, I had no choice but to rely on my imagination.” Luckily for us readers, his imagination is a vivid one, giving Philida a voice—albeit imagined—that she was denied in life.