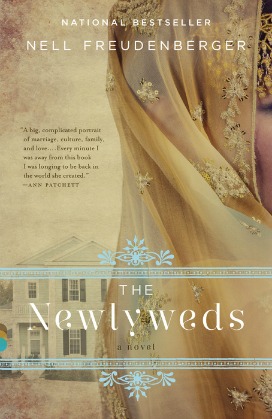 In The Newlyweds by Nell Freudenberger, we follow the story of Amina Mazid, who at age twenty-four moves from Bangladesh to Rochester, New York, for love. A hundred years ago, Amina would have been called a mail-order bride. But this is the twenty-first century: she is wooed by—and woos—George Stillman online. Amina and George are eager to start their new life together, but both are hiding something: someone from the past they thought they could leave behind. It is only when Amina returns to Bangladesh that she and George find out if their secrets will tear them apart, or if they can build a future together.

When Amina first arrives in Rochester, she is startled—and sometimes puzzled—by the differences between the United States and her home in Dhaka, Bangladesh. In this edition of the Armchair Adventurer, we’ll learn more about Amina’s background by taking a tour of Dhaka’s most interesting attractions.

Bangladesh in in South Asia, its coast hugging the northern edge of the Bay of Bengal. Dhaka is country’s capital and its largest city. The earliest known settlers date to the 7th century, and in many ways, the city is a study in contrasts: the old versus the new. Begin your tour of the city by getting an overview of Bangladesh’s history at the National Museum. The museum has an impressive collection of artifacts and includes both classical and contemporary Bangladeshi art. It’s a great way to get a sense of the country’s incredible cultural history.

For a look at old Dhaka, VirtualBangladesh.com recommends visiting Lalbagh Fort, an unfinished 17th century structure. The fort is comprised of several buildings, including a mosque, two gateways, and a tomb. Take a stroll through the gardens and don’t miss the particularly impressive southeastern gateway. While in the old city, consider a trip to the Armenian Church of Dhaka, a unique 18th-century building that can be explored via a guided tour from the church caretaker.

For a taste of modern life in Dhaka, head to one of the city’s bustling markets. Try New Market or the Banga Bazar for deals on clothing—just don’t forget to haggle. Once you’ve worked up an appetite, duck into a Bengali restaurant such as Al Razzaque to sample the local cuisine. Kebabs, curry, roti—yum!

Those interested in the Bangladesh’s historic roots should make sure not to miss Sonargaon, a city that once served as the capital of Bengal. Located just outside of Dhaka City, it’s a great destination for a day trip. Walk through the city’s streets and you’ll see some of the nation’s oldest buildings, including the Goaldi Mosque, a 16th-century house of worship. You can also visit the city’s Folk Art Museum, filled with artifacts and work from local artists.

We hope this virtual tour of Dhaka will be of interest to your reading group as you discuss The Newlyweds—and perhaps plan a trip! Let us know what you think in the comments.