Thomas Mallon's Watergate Named a Finalist For the PEN/Faulkner Award 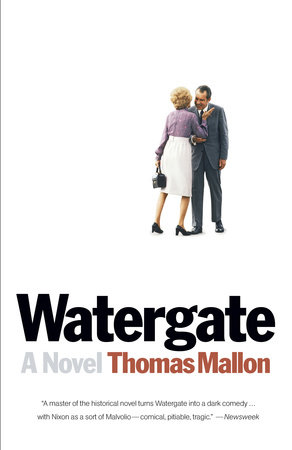 Congratulations to Thomas Mallon, whose novel Watergate has been named one of the five finalists for the 2013 PEN/Faulkner Award for Fiction. The winner will be announced on March 19th, and the prize presented at a ceremony on May 4th.

Watergate is a retelling of the Watergate scandal, as seen through a kaleidoscope of its colorful perpetrators and investigators. It was named a Notable Book by The New York Times and The Washington Post, and The New Yorker called it “historical fiction that unfolds with the urgency of a thriller.”

Click for more praise and to read an excerpt from the book.