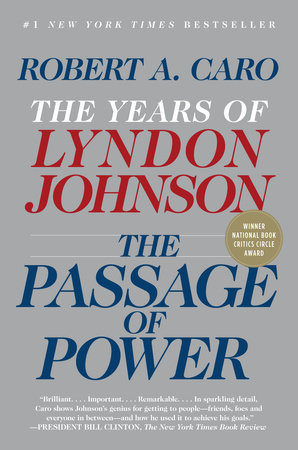 The book follows Johnson through both the most frustrating and most triumphant periods of his career—1958 to 1964. It is an unparalleled account of the battle between Johnson and John Kennedy for the 1960 presidential nomination, of the machinations behind Kennedy’s decision to offer Johnson the vice presidency, and of Johnson’s sudden rise to the presidency after the Kennedy assassination.

In the interview, Caro discussed Johnson’s political struggles, his accomplishments as president, and one very—well—personal presidential detail. Watch the full interview below.