Media Center: ‘Claire of the Sea Light’ by Edwidge Danticat 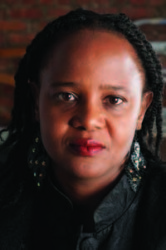 WHAT: CLAIRE OF THE SEA LIGHT, a novel

WHERE: Set in a small Haitian town.

WHY: “Gorgeous, arresting, and profoundly vivid…Danticat tells a story that feels as mysterious and magical as a folk tale and as effective and devastating as a newsreel.
“Claire Limyè Lanmè is turning seven, and yet her birthday has always been marked by both death and renewal. Claire’s mother died in childbirth, and she has been raised by her fisherman father in a shack near the sea. The book begins there—in the shack, on the morning of her birthday—before winding back to tell the story of every previous birthday, and who lived, and died, each year. For some time, Claire’s father has considered giving her to a wealthy businesswoman who lost her own daughter, and the heartbreaking question of Claire’s fate adds to the novel’s suspense, as both the past, and this single day, unfold.
“Danticat paints a stunning portrait of this small Haitian town, in which the equally impossible choices of life and death play out every day.”
—PUBLISHERS WEEKLY, a starred review

“Both lyrical and clear-eyed. Danticat’s prose has the shimmering simplicity of a folk tale and the same matter-of-fact acceptance of life’s cruelties and injustices…There is tremendous warmth in Danticat’s treatment of her characters, who are striving for human connection in a hard world.” —KIRKUS REVIEWS 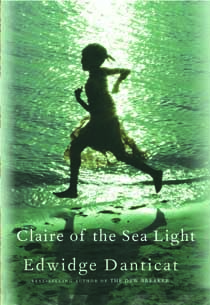 “In interlocking stories moving back and forth in time…all rendered in luminous prose…Danticat weaves a beautiful portrait of longing.”
—Vanessa Bush, BOOKLIST