The Year in Assholes 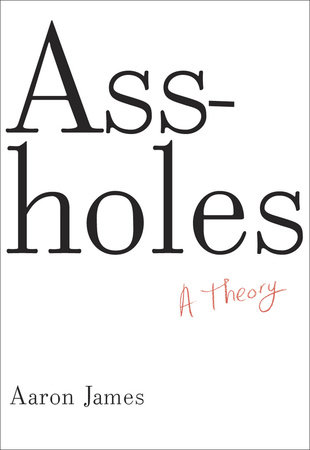 The Year in Assholes

AARON JAMES is the author of Assholes. He holds a PhD from Harvard and is Associate Professor of Philosophy at the University of California, Irvine.

2013 was a banner year in assholery—in no small part because of the breathtaking spectacle of Senator Ted Cruz.  But while it is never good when self-aggrandizing political entrepreneurs walk a country and the world to the edge of a needless economic disaster, 2013 also brought some remarkable good news.

Donald Trump laid low, after his immediate family staged a loving asshole intervention.  In bigger news, Italy, of all places, struck a blow for asshole justice, when Silvio Berlusconi’s ploy to topple the current Italian government was foiled for lack of loyalist support.  With Berlusconi’s prior conviction for tax fraud amazingly upheld, his distinguished rein as the world’s primo asshole may have finally come to an ignominious close.

The U.S. did its own part in the cause of asshole justice.  Larry Summers, the supremely self-confident former Harvard president and Clinton and Obama advisor, was denied of his long coveted position as Chairman of the Federal Reserve.  This despite the persistent support by President Obama, the most powerful man in the world.  Summers was an aggressive architect and enforcer of carefree financial liberalization only a short while ago.  For the moment at least, it is as though it matters that he was arrogantly and disastrously wrong—as though not everything will disappear down the political memory hole.

For their own role in the recent global financial meltdown, along with other profiteering misdeeds, the banks are increasingly pestered by pesky lawsuits.  For deep-pocketed banks, the fines aren’t terribly stiff.  They are at least inconvenient, and when fair is foul and foul is fair, you’ve got to sing from the housetops for any progress, however small the steps.

Lest progress come too quickly, Kanye West was his usual grandiose self.  He explained that he and his wife Kim Kardashian are together “the most influential with clothing,” and that Kardashian is thus eminently more qualified than Michelle Obama for the Vogue Magazine cover shot.  Thankfully, Kanye again reassured us that he is only doing “God’s work,” especially for the children, since living large clears “a path so that people can dream properly.”  He even had a flash of conscience, or at least of regret, when he explained that he should have never caved to peer pressure and apologized to Taylor Swift for the whole MTV award debacle.  That, he explained, just isn’t consistent with his “complete awesomeness at all times,” by which he means his “…awesomeness.  Beauty, truth, awesomeness.”

Kanye does have one thing going for him: he’s better to his wife than mayoral candidate Anthony Weiner.  As if the sexting and false denials weren’t bad enough for Weiner’s wife, Huma Abedin, she was asked to stand by Weiner’s side in a humiliating show of political support.  Which she did with a brave face, while Weiner blathered on in blissful confidence, betraying not the slightest hint of self-awareness.

Pop singer Morrissey also outdid Kanye: he insisted, successfully, that his memoir be published as a Penguin Classic.  Confident of his place in the literary pantheon, along side The Odyssey, Great Expectations, and Passage to India, the rest of us will let history decide whether a literary achievement is to be found in what one critic called the book’s “droning narcissism.”

It was also a breakthrough year for anti-narcissism police action.  It was said that heads of the Catholic Church “have often been narcissists,” this time not from the mouths of babes, but from God’s Representative On Earth himself, Pope Francis.  This was credible coming from a man who also movingly blessed and kissed a man’s disfigured head.

Lest things change too quickly, causing conservatives to become angry and disturbed, one could find comforting continuity in sports.  You could still find Yankee Alex Rodriquez in the news, this time for storming out of his arbitration hearing, cursing on his way out.  As he put it, “I banged a table and kicked a briefcase and slammed out of the room.”  He offered the comforting explanation that “it came from the heart.”

Former NBA pro Dennis Rodman also took an odd trip to North Korea.  My theory is that Rodman is actually not a colossal asshole for praising and befriending dictator Kim Jong-Un, publicly throwing the imprisoned American under the bus, and cursing American officials.  For, you see, Rodman is actually a patriotic CIA operative; he is really gaining favor with the North Koreans in order to nudge them to release the American prisoner over drinks!  OK, perhaps this is something of a stretch.

The most newsworthy figure of 2013 was not an asshole, but asshole enabler. House Majority leader John Boehner is, in technical terms, a “sucker,” where the sucker may be defined as one who fails to stand up to an asshole, when this is appropriate and necessary.  Boehner, after all, is the man who gave the assholerly of Cruz and the like such frightful prospects of success.  To be fair to Boehner, it really can be hard to tell when one can or cannot profitably take on the asshole’s fight.  But in this case, the stakes couldn’t be much higher, with nothing short of global financial meltdown in the cards, and Boehner only needed to step aside; had he merely allowed a vote on the House floor, a significant bi-partisan majority would have stopped the whole debt ceiling/government shutdown debacle in its tracks.  If Boehner isn’t an asshole for allowing himself and the public to be taken advantage of by Cruz and the like (he suffered a major political defeat, while Cruz has hit the campaign trail), being a sucker may, in this case, be as bad or worse.

Which would be saying a lot if the apt comparison is to that paragon of virtue and righteousness, the much-hated Mr. Cruz himself.  After whipping up his Republican colleagues in the House, Cruz no sooner turned his back on them, leaving them exposed in a hopeless fight to save face.  And for all Cruz’s professed love of the Constitution, let’s not worry too much about a small thing called the Fourteenth Amendment, which says, plain as day, “the validity of the public debt… shall not be questioned.” But what, after all, are a few words when causing the public debt to be questioned could lavish him with attention on such an extraordinary scale?  You just can’t buy that kind of publicity, and, you know, its all for the greater good of the country, of course.

But as wily as Cruz can appear, perhaps we have cause for hope.  If the mighty Berlusconi could fall, perhaps history will deal another blow for asshole justice in 2014.