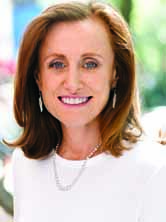 WHAT: CASEBOOK, a novel

WHY: “A clever, insightful, and at times hilarious story about family, friendship, and love in all its complex iterations.
“Miles Adler prides himself on being a snoop, but after wiring a secret phone extension under the master bed, he overhears a conversation between his parents that turns his stomach. His perfect folks are soon to become a divorce statistic, and if Miles is to stay apprised of the situation, he has no choice but to continue spying.
“Monitoring his mom’s email is easy; keeping his overactive imagination in check is not, especially with best friend Hector goading him on. When Eli Lee starts dating mom and promising the moon, she’s like a new woman, but even after five years Eli is suspiciously unable to commit. Miles and Hector won’t rest until they suss out the truth about Eli, and issues of trust and perception are raised as the boys compile damning evidence against him…Reader will love Miles.” —Sally Bissell, LIBRARY JOURNAL

“Ensnaring, witty, and perceptive.
Simpson allows her exceptionally incisive, fine-tuned, and charming novel to unfold gracefully as she brings fresh understanding and keen humor to the complexities intrinsic to each stage of life and love.”
—Donna Seaman, in a starred review for BOOKLIST

“This is a story about a son’s love for his mother,
and Simpson’s portrayal of utter loyalty is infectious.
Simpson tastefully crafts her story in a world of privilege, with private school, show business jobs, and housekeepers all present, but never prevalent details. More remarkable is Simpson’s knowledge of her characters, which is articulated through subtle detail.” —PUBLISHERS WEEKLY, a starred review

“Simpson’s setup is ingenious on a couple of fronts.
First, making the tale a mystery adds a dose of drama… Second, Miles’ snapping to the role of secret eavesdropper and researcher underscores how alienated he is from his mother’s confusion and heartbreak.” —KIRKUS REVIEWS 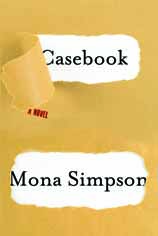 From the beginning of the book: I was a snoop, but a peculiar kind. I only discovered what I most didn’t want to know. The first time it happened, I was nine. I’d snake underneath my parents’ bed when the room was empty to rig up a walkie-talkie. Then they stolled in and flopped down. So I was stuck. Under their bed. Until they got up.