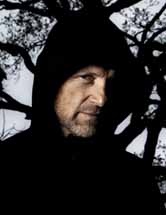 WHAT: THE SON, a novel

WHY: “A gripping new stand-alone.
“A serial killer is at work in Oslo, and a maverick cop with his share of personal demons is on his trail. But beneath that surface, there is a complex psychological thriller churning its way into the reader’s nightmares.
“Sonny Lofthus is in prison for crimes he didn’t commit but for which he has agreed to take the fall—in exchange for an unending supply of heroin. The drugs are Sonny’s way of dealing with the knowledge that his father, an apparent suicide, was a dirty cop. As the novel begins, however, Sonny has new information about his father’s death and has engineered a daring escape from prison. His revenge-fueled plan is to kill those responsible for the crimes he was convicted of by re-creating the murders with the real killers now the victims.
“The more we learn about Sonny, the more we root for him to evade capture, either by the police or by the crime lord who wants him dead. Juggling point of view between Sonny, the cop chasing him, and the various corrupt officials who risk exposure the longer Sonny is free, Nesbø thwarts our every attempt to draw conclusions about both what happened in the past and who is the least guilty among the principals. There is an element of the classic film noir Breathless at work here but with more characters of varying shades of gray whose fates hinge on too many moving parts.
“A terrific thriller but also a tragic, very moving story of intertwined characters swerving desperately to avoid the dead ends in their paths.”
—Bill Ott, in a starred review for BOOKLIST

“Nesbø takes readers on a chilling ride with many unexpected twists.”
—PUBLISHERS WEEKLY, in a featured, starred review

From the beginning of the book: Rover kept his eyes on the white-painted concrete floor in the eleven-square-metre prison cell. He bit down on the slightly too long gold front tooth in his lower jaw. He had reached the hardest part of his confession. The only sound in the cell was his nails scratching the madonna tattoo on his forearm. The boy sitting cross-legged on the bed opposite him had remained silent ever since Rover had entered. He had merely nodded and smiled his blissful Buddha smile, his gaze fixed at a point on Rover’s forehead. People called the boy Sonny and said that he had killed two people as a teenager, that his father had been a corrupt police officer and that Sonny had healing hands.

Translated from the Norwegian by Charlotte Barslund.