Media Center: ‘Above the East China Sea’ by Sarah Bird 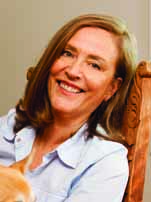 WHAT: ABOVE THE EAST CHINA SEA, a novel

WHERE: Set in Okinawa.

WHY: “This is a rich and engrossing achievement.
Fans of Amy Tan or Khaled Hosseini will be drawn to the adept mingling of settings and cultures.”
—Jennifer B. Stidham, LIBRARY JOURNAL

“A multilayered and utterly involving work.
“Obon, the Buddhist festival of the dead, provides the frame for Bird’s novel about two girls who live in the same place, the Okinawa Prefecture of Japan, but at different times. Tamiko, a 15-year-old schoolgirl, leaves home with her sister, Hatsuko, to take part in Japan’s desperate, last-ditch defense against the Americans in 1945. More than 60 years later, Luz James, a part-Okinawan military brat living at Kadena Air Base, is grieving for her own sister, who was killed while serving with the air force in Afghanistan.
“Bird uses distinct voices to weave her narrative. Luz’s voice convincingly captures a smart but troubled contemporary teen, while Tamiko’s voice reflects her place in a very different culture. Readers won’t soon forget Tamiko’s searing depiction of her experiences during the Battle of Okinawa, when more than one-third of the local population was killed or committed suicide. Links between the two girls, hinted at early
on, crystallize as Luz’s quest to learn more about her ancestors takes her deeper into the past and into the traditions that still exert a hold on daily Okinawan life.”
—Mary Ellen Quinn, in a starred review for BOOKLIST 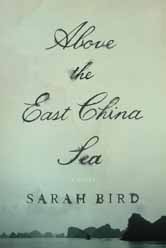 From the beginning of the book: The choking black smoke from the fires raging below rises up, trying to claim me and my child. I climb higher. I must hurry. I must do what has to be done before the sun rises. The black stone tears at my skin. I ignore the cuts and drag us up and onto the top of the cliff. At the summit, I rise on trembling legs. The hundred thousand spirits who’ve gone before greet us with cries of joy, happy as a flock of crows at sunset hailing the return. I see them floating all around. I see the women, the young girls, their kimonos fluttering above their heads like tattered banners as they plummet through the air. I see the emperor’s soldiers, emaciated young men, caps flying straight up off their heads as they hurtle down, toward the sea. They had no choice but to jump.”