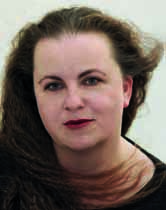 WHAT: EICHMANN BEFORE JERUSALEM:
The Unexamined Life of a Mass Murderer

WHERE: The author lives Germany.

WHY: “Thrilling…This work is daunting, but there is no doubt of its importance: Stangneth’s research, full of forgotten papers, lost interviews, and buried evidence, turns conventional wisdom about Adolf Eichmann on its head.” —PUBLISHERS WEEKLY

“Riveting…A rigorously documented, essential work not only about Adolf Eichmann’s masterly masquerade, but also about how we come to accept appearances as truth.” —KIRKUS, a starred review

“This beautifully thorough account succeeds in reminding us that our longing to understand the nature of evil should not distract us from the historical record.
“German historian Stangneth examines Holocaust architect Adolf Eichmann’s postwar activities and compellingly argues that conventional views of the unrepentant Nazi as a pencil-pushing bureaucrat fall far short of the truth.
“Eichmann initially kept a low profile, hiding in a northern German forest, but in escaping to Argentina in 1950, he found relative safety and a community of exiled Nazis with whom he could use his real name. But, shows Stangneth, Eichmann had always been a proud man, and soon his longing for recognition, as well as his delusional hope of a return to power in a reformulated Nazi movement, led him to be open about his past. He wrote memoirs and an unpublished novel about his experiences. He drafted an open letter to Chancellor Konrad Adenauer offering to educate young Germans about Nazism. And, most significantly, he conversed freely with many interlocutors, including Willem Sassen, a Dutch sympathizer who interviewed him at length about his role in organizing the deportation and murder of millions of Jews.
“Awaiting trial in Israel, he changed his story, but even then, he still sought to ‘draw the gaze of powerful people and make the world see him as an indispensable specialist, a historian, a philosopher, and finally a prophet.’ And if Eichmann’s efforts to manage his reputation largely failed, Stangneth suggests that Eichmann at least succeeded in misleading Hannah Arendt, who, struggling with how to get her mind around the evil of Nazism as a whole, expected Eichmann to be a banal bureaucrat, and allowed her expectations to be fulfilled.”
—Brendan Driscoll, in a starred review for BOOKLIST

From the beginning of the book: We cannot speak of the systematic extermination of millions of men, women, and children without mentioning his name — and yet people are no longer even sure what his first name was: Karl Adolf? Otto? It’s the simplest of questions yet it can still surprise us, long after we thought we’d established who he was. But are there really still such large gaps in our knowledge of a man who has been so thoroughly investigated for so many years, by both academics and the media? Adolf Eichmann’s fame surpasses even that of Heinrich Himmler and Reinhard Heydrich. So why write another book? It was the simplest of questions: I wanted to find out who knew Adolf Eichmann before Mossad famously snatched him from Argentina and put his before a court in Israel. 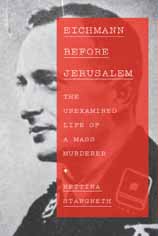 Translated from the German by Ruth Martin.