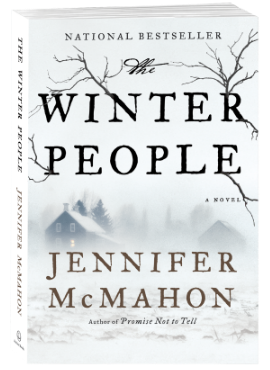 Start 2015 on a great reading streak with three delightful, bestselling novels that are now available in paperback and eBook.

“One of the year’s most chilling novels.” —The Miami Herald

West Hall, Vermont, has always been a town of strange disappearances and old legends. The most mysterious is that of Sara Harrison Shea, who, in 1908, was found dead in the field behind her house just months after the tragic death of her daughter.

Now, in present day, nineteen-year-old Ruthie lives in Sara’s farmhouse with her mother, Alice, and her younger sister. Alice has always insisted that they live off the grid, a decision that has weighty consequences when Ruthie wakes up one morning to find that Alice has vanished. In her search for clues, she is startled to find a copy of Sara Harrison Shea’s diary hidden beneath the floorboards of her mother’s bedroom. As Ruthie gets sucked into the historical mystery, she discovers that she’s not the only person looking for someone that they’ve lost. But she may be the only one who can stop history from repeating itself. 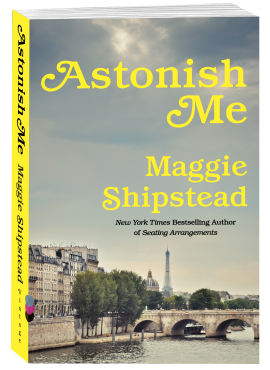 “So dazzling, so sure-handed and fearless, that at times I had to remind myself to breathe.” —Maria Semple, author of Where’d You Go, Bernadette

For years Joan has been trying to forget her past, to find peace and satisfaction in her role as wife and mother. Few in her drowsy California suburb know her thrilling history: as a young American ballerina in Paris, she fell into a doomed, passionate romance with Soviet dance superstar Arslan Rusakov. After playing a leading role in his celebrated defection, Joan bowed out of the spotlight for good, heartbroken by Arslan and humbled by her own modest career.

But when her son turns out to be a ballet prodigy, Joan is pulled back into a world she thought she’d left behind—a world of dangerous secrets, of Arslan, and of longing for what will always be just out of reach. 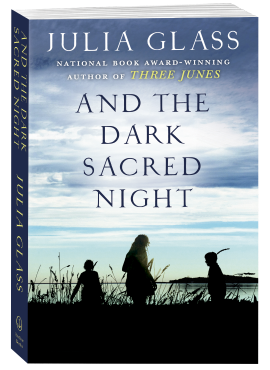 “Elegant and moving.” —The New Yorker

“A tender, insightful, and winning exploration of the modern family and the infinite number of shapes it can take.” —People

Kit Noonan is an unemployed art historian with twins to support, a mortgage to pay, and a frustrated wife who insists that, to move forward, Kit must first confront a crucial mystery about his past. Born to a single teenage mother, he has never known the identity of his biological father.

Kit’s search begins with his onetime stepfather, Jasper, a take-no-prisoners Vermont outdoorsman, and ultimately leads him to Fenno McLeod, the beloved protagonist of Glass’s award-winning novel Three Junes. Immersing readers in a panorama that stretches from Vermont to the tip of Cape Cod, And the Dark Sacred Night is an unforgettable novel about the youthful choices that steer our destinies, the necessity of forgiveness, and the risks we take when we face down the shadows of our past.