The Best Books for Summer Reading 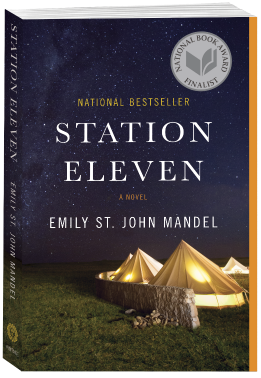 “A superb novel…[that] leaves us not fearful for the end of the world but appreciative of the grace of everyday existence.” —San Francisco Chronicle

A Best Book of the Year
The Washington Post, San Francisco Chronicle, Chicago Tribune, and more 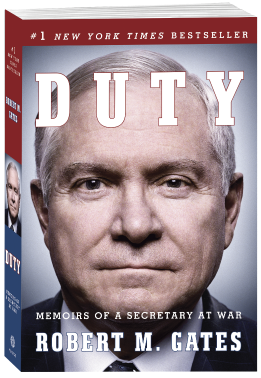 “One of the best Washington memoirs ever…. Historians and policy wonks will bask in the revelations Gates provides.” —The New York Times Book Review

After serving six presidents in both the CIA and the National Security Council, Robert M. Gates believed that he had left Washington politics behind for good—but when he received the call from the White House in 2006 to help a nation mired in two wars, he answered what he felt was the call of duty.

Forthright and unsparing, Duty is Gates’s behind-the-scenes account of his nearly five years as a Secretary of Defense at war: the battles with Congress, the two presidents he served, the military itself, and the vast Pentagon bureaucracy; his efforts to help George W. Bush turn the tide in Iraq; his role as a guiding (and often dissenting) voice for Barack Obama; and, most importantly, his ardent devotion to and love for American soldiers. Offering unvarnished appraisals of our political leaders, including Dick Cheney, Joe Biden, and Hillary Clinton, Duty tells a powerful and deeply personal story, giving us an unprecedented look at two administrations and the wars that have defined them. 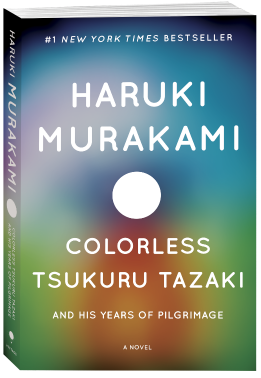 A Best Book of the Year
The New York Times, The Washington Post, Financial Times, and more

An instant #1 New York Times Bestseller, Colorless Tsukuru Tazaki and His Years of Pilgrimage is the remarkable story of a young man haunted by a great loss; of dreams and nightmares that have unintended consequences for the world around us; and of a journey into the past that is necessary to mend the present. Here Haruki Murakami—one of the most revered voices in literature today—gives us a story of love, friend­ship, and heartbreak for the ages. 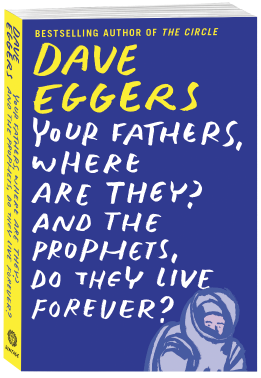 “Alert, quick-witted and dogma-adverse…. This is a writer on the best kind of roll.”
—The Telegraph (London)

From Dave Eggers, best-selling author of The Circle, a tour de force of dialogue and dark humor, coursing emotions and tight control. Your Fathers, Where Are They? And the Prophets, Do They Live Forever? is the formally daring, brilliantly executed story of one man struggling to make sense of his country, seeking solutions the only way he knows how.

What do you do when you’re full of questions: what happened to missions to the moon? Why spend a trillion dollars on war? Where did America go wrong? If you’re Thomas, a young man nursing migraines and a lack of direction, this calls for drastic action. To find some answers, Thomas kidnaps a NASA astronaut and brings him to an abandoned military base on the edge of the California coast. Then the questioning begins. The answers must be honest. The back and forth might even hurt. It might get uncomfortable. But eventually the truth will emerge. 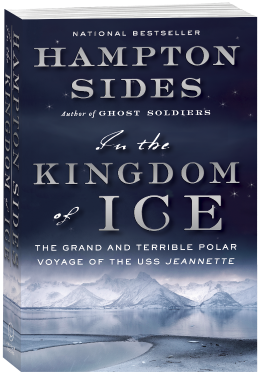 “A splendid book in every way…. A marvelous nonfiction thriller.” —The Wall Street Journal

A Best Book of the Year
USA Today, Time, The Washington Post, and more

On July 8, 1879, Captain George Washington De Long and his team of thirty-two men set sail from San Francisco on the USS Jeanette.

Heading deep into uncharted Arctic waters, they carriedthe aspirations of a young country burning to be the first nation to reach the North Pole. Two years into the harrowing voyage, the Jeannette‘s hull was breached by an impassable stretch of pack ice, forcing the crew to abandon ship amid torrents of rushing of water. Hours later, the ship had sunk below the surface, marooning the men a thousand miles north of Siberia, where they faced a terrifying march with minimal supplies across the endless ice pack.

Enduring everything from snow blindness and polar bears to ferocious storms and labyrinths of ice, the crew battled madness and starvation as they struggled desperately to survive. With thrilling twists and turns, In The Kingdom of Ice is a spellbinding tale of heroism and determination in the most brutal place on Earth. 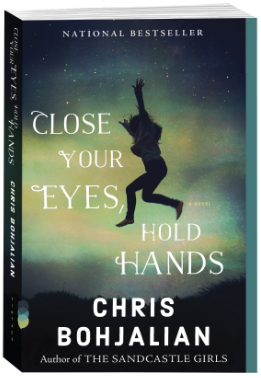 “A compelling tale of loss, resilience, and transformation.” —The Boston Globe

A Best Book of the Year
The Washington Post, St. Louis Post-Dispatch, and more

Emily Shepard is on the run; the nuclear plant where her father worked has suffered a cataclysmic meltdown, and all fingers point to him. Now, orphaned, homeless, and certain that she’s a pariah, Emily’s taken to hiding out on the frigid streets of Burlington, Vermont, creating a new identity inspired by her favorite poet, Emily Dickinson.

Then she meets Cameron. Nine years old and with a string of foster families behind him, he sparks something in Emily, and she protects him with a fierceness she didn’t know she possessed. But when an emergency threatens the fledgling home she’s created, Emily realizes that she can’t hide forever.