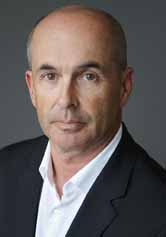 WHAT: THE CARTEL, a novel

WHERE: Set against the backdrop of Mexico’s drug war.

WHY: “A riveting and tragic epic.
“It’s been 10 years since the publication of Winslow’s The Power of the Dog, which featured DEA agent Art Keller leading the charge against the Mexican cartels in the never-ending War on Drugs. After having put his onetime friend and eventual cartel king, Adán Barrera, in prison and killing his two brothers, Keller left the agency and took up tending bees in a monastery.
“But, in 2004, Barrera arranges his transfer to a Mexican prison, which leads quickly to his escape, and the war between competing cartels is ignited all over again. Reluctantly but inevitably, Keller joins the fight once more and, for the next eight years, working undercover in Mexico, directs the effort to find and kill Barrera.
“Winslow’s riveting and tragic epic seamlessly blends fact and fiction to tell the incredible, heartbreaking story of those blood-drenched years (in 2010 alone, there were 15,723 drug-war-related deaths in Mexico). Jumping from detailed but never less than compelling discussion of the logistics behind the cartel’s operation to the story of the people involved, Winslow draws the reader in with rich portraits of not only Keller and Barrera but also other cartel figures, DEA agents and Mexican drug fighters, journalists, and innocent victims. The main subplot, concerning a group of journalists in Juarez and their seemingly hopeless attempt to cover the cartel’s atrocities without becoming victims themselves, is really a novel within a novel, but remarkably, Winslow never loses control of his subject or his characters, despite the book’s scope and complexity. There is some of The Godfather here, but Winslow’s characterizations, though certainly multidimensional, have more of an edge to them than do Puzo’s, a greater recognition of the tragedy a violent power struggle leaves in its wake.
“Clearly one of the most ambitious and most accomplished crime novels to appear in the last 15 years, The Cartel will likely retain that distinction even as the twenty-first century grinds on.” —Bill Ott, in a starred review for BOOKLIST

“A jarring glimpse into a reality about which many Americans remain blissfully unaware.” —Michael Pucci, in a starred review for LIBRARY JOURNAL

“This exhaustively researched novel elucidates not just the situation in Mexico but the consequences of our own disastrous 40-year war on drugs. A masterly sequel to The Power of the Dog.”
—PUBLISHERS WEEKLY, a starred review

“A magnum opus…Don Winslow is to the Mexican drug wars what James Ellroy is the L.A. Noir.” —Janet Maslin, NEW YORK TIMES

“An adrenaline rush, addictive as crack, and epic in the pre-Del-Taco-marketing-their-burritos-as-‘epic’ sense of the word. Don Winslow deals in corruption, subversion, and revenge with an intensity that makes him irresistible.”
—LOS ANGELES MAGAZINE

“An epic, gritty south-of-the-border Godfather for our time…You should try to get your hands on everything Winslow’s written, because he’s one of the best thriller writers on the planet.” —Benjamin Percy, ESQUIRE

“Winslow has long been hailed for his hard-boiled humor and storytelling, and this sequel to the best-selling The Power of the Dog shows why…The coke-fueled, blood-soaked horror show that ensues would scare Tony Montana straight.” —David Swanson, DETAILS

“Don Winslow has done it again. The Cartel is a first rate edge-of-your-seat thriller for sure, but it also continues Winslow’s incisive reporting on the dangers and intricacies of the world we live in. There is no higher mark for a storyteller than to both educate and entertain. With Winslow these aspects are entwined like strands of DNA. He’s a master and this book proves it once again.” —Michael Connelly

“A gut-punch of a novel. Big, ambitious, violent and widely entertaining, The Cartel is an absolute must-read.” —Harlan Coben

“Sensationally good, even after the near-perfection of The Power of the Dog. Less of a sequel than an integral part of a solid-gold whole.” —Lee Child

“Winslow delivers his longest and finest novel yet in The Cartel. This is the War and Peace of dope war books. Tense, brutal, wildly atmospheric, stunningly plotted, deeply etched. It’s got the jazz dog feel of a shot of pure meth!” —James Ellroy 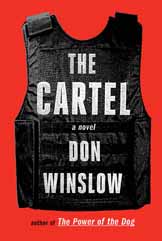