Media Center: ‘In the Country’ by Mia Alvar 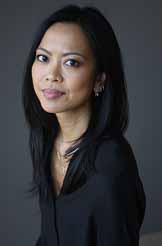 WHAT: IN THE COUNTRY, stories

WHERE: The author was born in Manilla, grew up in Bahrain, and now lives in New York.

WHY: “Stunning.
“In this debut collection, the yearnings of the characters resonate well beyond the page, and each story feels as rich, as deep, and as crafted as a novel. Equally impressive is the confident fluidity with which Alvar moves from Manila to Bahrain to Tokyo, from 1971 to 1986 to the 21st century.
“In ‘The Kontrabida,’ Steve, a pharmacist in New York, returns home to the Philippines to visit his dying father with a highly regulated sedative to ease his father’s pain and, more so, his mother’s. Although his risky action creates tension, a deeper strain arises when he attempts to help out in his mother’s store and realizes he can’t follow even the simplest requests: ‘It was a way of shopping I had completely forgotten: egg by egg, cigarette by cigarette, people spending what they earned in a day to buy what they would use in the next.’ In “The Miracle Worker,” Sally is a Filipina who’s accompanied her engineer husband to Bahrain and, making use of her skills as a special-education teacher, takes on a single student, a disabled girl from a very wealthy family, whose mother is rich enough to think she can ‘buy reality.’
“Throughout Alvar’s stories, the language is as elegant as it is durable, while the lines of class, race, gender, and history are both blurred and crystallized.”
—PUBLISHERS WEEKLY, a starred review

“Dazzling…A triumphant, singular collection deserving of every accolade it will likely receive.” —KIRKUS, a starred review 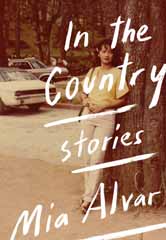