From the Written Page to the Silver Screen: Timeless Fictional Couples 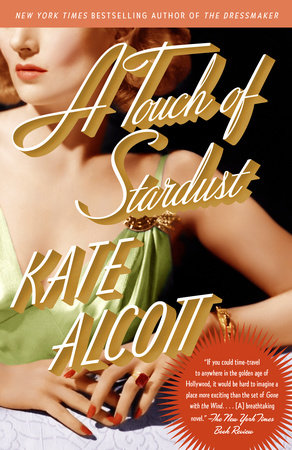 Love is in the air in Kate Alcott’s latest book, A Touch of Stardust. The author of the national bestseller The Dressmaker set her latest novel in 1930s Los Angeles, when Hollywood was in the midst of its very own Golden Age. The book follows a plucky young protagonist as she chases her dream of becoming a screenwriter. Along the way, she is swept up in the glamour and romance of Hollywood. It is through her eyes that we are granted a privileged look into the making of one of the greatest films of all time—Gone With the Wind. Not only do we get to experience Rhett and Scarlett’s love story from a new perspective, but Alcott also delves into the real-life whirlwind romance that unfolded between the movie stars Clark Gable and Carole Lombard.

To mark the paperback’s release, we’ve compiled a list of some of our favorite fictional couples to make the jump from the page to the silver screen, just like Scarlett O’Hara and Rhett Butler.

1) Romeo & Juliet (Romeo & Juliet): No list would be complete without Shakespeare’s doomed young lovers. Romeo and his Juliet have been adapted into film more than any other couple on this list. Our favorite version here at the Reading Group Center would have to be Baz Luhrmann’s modern take on the classic tale.

3) Wesley & Buttercup (The Princess Bride): The film adaptation of William Goldman’s 1973 novel never gets old. Its quotable one-liners and hilarious cast of characters underscore a genuinely touching love story. No other heroes on this list can say they have taken on Rodents of Unusual Size and lived to tell the tale.

5) Christian & Anastasia (Fifty Shades of Grey): While they are by far the most modern couple on our list, Christian and Ana fit the mold of very traditional romantic archetypes. Christian epitomizes the wounded male hero, while Ana is the ingénue leading him toward love and redemption. Through these characters E L James adheres to a literary tradition that has been in place for centuries. Christian and Ana therefore transcend the pop culture phenomenon of Fifty Shades of Grey to secure their place among the other timeless couples on our list.