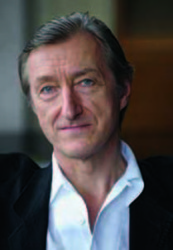 WHAT: THE NOISE OF TIME, a novel

WHERE: The story is set in Russia.

WHY: “Magnificent…
a novel of tremendous grace and power.
“Dmitry Shostakovich, the renowned Russian composer, purportedly declared near the end of his life, ‘The majority of my symphonies are tombstones.’ The Noise of Time, then, is a journey into the shadows of Shostakovich’s personal cemetery, the Soviet Union at midcentury.
“We meet Shostakovich in 1936, at the onset of Stalin’s Great Purge, as he stands by the hallway elevator each night, awaiting his imminent arrest. It’s an absurd, desperate attempt to protect his family by surrendering himself before the security forces reach his apartment. His opera Lady Macbeth of Mtsensk recently received a sharp rebuke in Pravda titled ‘Muddle Instead of Music,’ which may have been written by Stalin himself, because ‘there were enough grammatical errors to suggest the pen of one whose mistakes could never be corrected.’ In Stalin’s Russia, where even the most abstract of the fine arts are potent political expressions, and where one’s worth is determined by one’s work, this sort of criticism can serve as a death sentence.
“Shostakovich barely avoids arrest, and we catch up with him every 11 or 12 years. In 1949, he returns from a disastrous trip to New York City as a Soviet delegate to the Cultural and Scientific Congress for World Peace. In 1960, he is in the back of a chauffeured car, having committed moral suicide by becoming a party member. From these scenes of transition, the fragmented narrative delves into Shostakovich’s public collusions with and private condemnations of Soviet power. He emerges as a sympathetic, frail, and tragic hero whose self-castigations are far harsher than any judgments the reader will pass.
“The Noise of Time transcends the singular nature of artistic brilliance to become universal in its exploration of repression and resistance…Novels about artistic achievement rarely do justice to their subjects. The Noise of Time is that rarity. It is a novel of tremendous grace and power, giving voice to the complex and troubled man whose music outlasted the state that sought to silence him.”
—Anthony Marra, in a starred review for PUBLISHERS WEEKLY

“Barnes’s fresh and distinctive approach to the composer’s life highlights key aspects of his character and lets us believe we’ve read an actual biography.”
—Ed Cone, in a starred review for LIBRARY JOURNAL 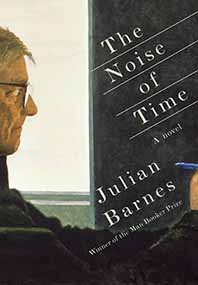