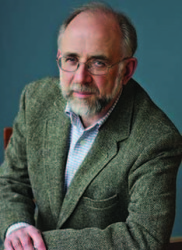 WHAT: CODE WARRIORS:
NSA’s Codebreakers and the Secret Intelligence War Against the Soviet Union

WHERE: The author lives in the Washington DC area.

WHY: “Engrossing…a lively account of how today’s information controversies emerged.
“The dysfunctions and overreach of the total surveillance state were present at its birth, according to this engrossing history of the National Security Administration. Journalist Budiansky traces the development of American signals intelligence — the collecting and deciphering of radio messages and other electromagnetic communications — from wartime triumphs against German and Japanese codes through the Cold War standoff with the Soviets, whose high-level codes mainly resisted cryptanalysts’ efforts.
“Budiansky is lucid in describing the science and art of breaking complex ciphers, which helped drive advances in electronics and computing. He also analyzes the flaws in the NSA’s mission of collecting everything it can: paralyzing bureaucratic turf battles among military and intelligence agencies over access to intelligence; self-defeating secrecy obsessions; floods of data too massive to be analyzed coherently; outright malfeasance; and encroachments on privacy and civil liberties (for decades the NSA read all international telegrams from America, and it spied on dissidents for the Nixon Administration).
“Budiansky leavens the history and technology with colorful profiles of cryptographers and spies; the result is a lively account of how today’s information controversies emerged.” –PUBLISHERS WEEKLY

“This history of the NSA reads like a thriller.
Cryptology is a complex subject in all its incarnations — especially in the context of the NSA — but Budiansky makes his material remarkably accessible for general readers. His appendixes focus on advanced problems, which, like the rest of the book, will prove intriguing for expert and novice alike.” —Connie Fletcher, BOOKLIST

“A book that is more nuanced and far more entertaining than the revelations of Edward Snowden.” —KIRKUS REVIEWS

“For Cold War spy enthusiasts and those seeking to broaden their knowledge of the NSA.”
—Jacob Sherman, in a starred review for LIBRARY JOURNAL 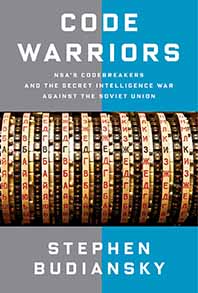