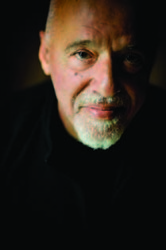 The Spy Will Go On Sale November 22

Paulo Coelho, the bestselling author of The Alchemist and other works — whose books have sold 200 million copies in 160 countries — has written a new novel based on the life of Mata Hari. THE SPY will be published simultaneously in English language territories around the world on November 22, and it will be published in the United States by Alfred A. Knopf. The announcement was made today by Anne Messitte, Executive Vice President, Knopf Doubleday Publishing Group.

THE SPY brings to life the true story Mata Hari, the famous courtesan and accused spy who was executed for treason one hundred years ago. Mata Hari was a dancer who shocked and delighted audiences during the First World War, and she became a confidant to some of the era’s richest and most powerful men. She dared to liberate herself from the moralism and provincial customs of the early twentieth century, but she ultimately paid for it with her life. As she waited for her execution in a Paris prison, one of her last requests was for a pen and some paper to write letters.

Over the past twenty years, Germany, Holland, and MI5 in the UK have released their files on Mata Hari, and it provided Coelho with a trove of information as he was researching his novel. “I ended up with a mountain of documents,” Coelho said, “but also with a question: What did Mata Hari write in those letters? And how was she caught in so many traps, set by both friends and enemies?”

Using first-person narrative, Coelho reimagines Mata Hari’s life through her final letter, which was written the week before her execution. There, from prison, Mata Hari reveals the choices she made in pursuing her own truth–from her childhood in a small Dutch town, to her unhappy years as the wife of an alcoholic diplomat in Java, to her calculated and self-fashioned rise to celebrity in France. “Mata Hari was one of our first feminists,” Coelho said, “defying male expectations of that time and choosing instead an independent, unconventional life. There are lessons we can draw from her life today, where accusations by the powerful still cost the innocent their lives.”

At her death by firing squad — as she stared down her executioners and refused to be blindfolded — Mata Hari famously said, “I am ready.” Coelho says of that moment, “her only crime was to be an independent woman.”

About the author:
One of the most influential writers of our time, Paulo Coelho is the author of many international best sellers, including The Alchemist, Aleph, Eleven Minutes, Manuscript Found in Accra, and Adultery. Translated into 80 languages, his books have sold more than 200 million copies in more than 160 countries. Coelho has an enormous digital media presence, with more fans than any other author worldwide: over 17 million fans through Facebook page and 9 million followers on Twitter. He is a member of the Brazilian Academy of Letters and has received the Chevalier de l’Ordre National de la Légion d’Honneur. In 2007, he was named a United Nations Messenger of Peace. 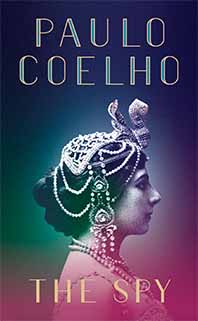