Write What You Know: 5 Books About Writers That Any Reader Will Enjoy

“Write what you know” is a phrase that features prominently in many Creative Writing 101 courses. If the old adage holds true, it is certainly natural that writers would write about, well, writers! From memoirists to biographers to novelists, it seems that everyone’s turned the lens on the most familiar subject of all. Below, we’ve compiled a list of some of our favorite books about writers, perfect for the writer and reader in all of us.

Surprise Me
by Deena Goldstone

The fragile dream of becoming a writer takes hold during Isabelle Rothman’s senior year of college. Against all advice, she begins a one-on-one tutorial with a once highly praised novelist, Daniel Jablonski, who is known on campus for being eccentric, difficult, and disengaged. Despite his reputation, Isabelle loves his early novels and harbors a secret hope that Daniel might teach her how to write such luminous prose. But their first meeting is a disaster: Daniel is unprepared, never having read the chapters she submitted, and does not apologize. Isabelle is furious and feels dismissed.

But over the semester, they gingerly form a bond that begins to anchor both of them. And over the next twenty years, as they live very separate lives—Isabelle in Northern California and Daniel finally settled in a tiny New Hampshire town—they reach out through e-mails, phone calls, and occasional visits. Their continual connection helps Isabelle find the courage to take risks and enables Daniel to work through layers of regret and begin to write again. They are the single constant and the most profound influence in each other’s life.

Daniel and Isabelle recognize they are among the blessed few who met at the exact moment they needed each other the most. In a final collaboration, the boundaries between teacher and student give way to a work that heals something in both of them. Each truly sees the other as extraordinary—as people do when they love—and that belief makes all the difference.

Get the reader’s guide 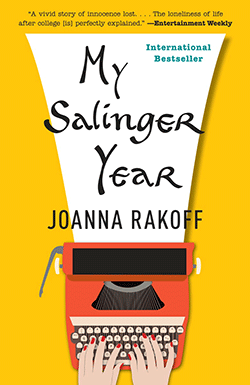 My Salinger Year
by Joanna Rakoff

After leaving graduate school to pursue her dream of becoming a poet, Joanna Rakoff takes a job as assistant to the storied literary agent for J. D. Salinger. Precariously balanced between poverty and glamour, she spends her days in a plush, wood-paneled office—where Dictaphones and typewriters still reign and agents doze after three-martini lunches—and then goes home to her threadbare Brooklyn apartment and her socialist boyfriend. Rakoff is tasked with processing Salinger’s voluminous fan mail, but as she reads the heart-wrenching letters from around the world, she becomes reluctant to send the agency’s form response and impulsively begins writing back. The results are both humorous and moving, as Rakoff, while acting as the great writer’s voice, begins to discover her own. 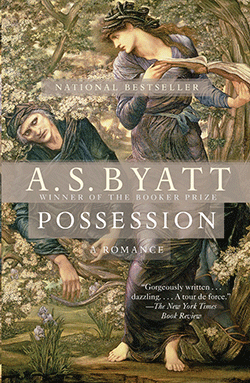 Possession
by A. S. Byatt

Winner of England’s Booker Prize and the literary sensation of the year, Possession is an exhilarating novel of wit and romance, at once an intellectual mystery and triumphant love story. It is the tale of a pair of young scholars researching the lives of two Victorian poets. As they uncover their letters, journals, and poems, and track their movements from London to Yorkshire—from spiritualist séances to the fairy-haunted far west of Brittany—what emerges is an extraordinary counterpoint of passions and ideas. 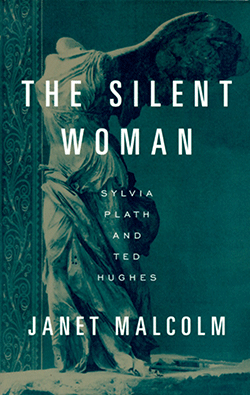 In an astonishing feat of literary detection, one of the most provocative critics of our time offers an elegantly reasoned meditation on the art of biography. In The Silent Woman, Janet Malcolm examines the biographies of Sylvia Plath to create a book not about Plath’s life but about her afterlife: how her estranged husband, the poet Ted Hughes, as executor of her estate, tried to serve two masters—Plath’s art and his own need for privacy; and how it fell to his sister, Olwyn Hughes, as literary agent for the estate, to protect him by limiting access to Plath’s work.

Even as Malcolm brings her skepticism to bear on the claims of biography to present the truth about a life, a portrait of Sylvia Plath emerges that gives us a sense of “knowing” this tragic poet in a way we have never known her before. And she dispels forever the innocence with which most of us have approached the reading of any biography. 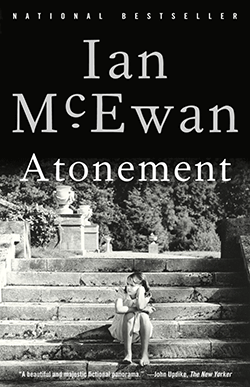 On a hot summer day in 1935, thirteen-year-old Briony Tallis witnesses a moment’s flirtation between her older sister, Cecilia, and Robbie Turner, the son of a servant and Cecilia’s childhood friend. But Briony’s incomplete grasp of adult motives–together with her precocious literary gifts–brings about a crime that will change all their lives. As it follows that crime’s repercussions through the chaos and carnage of World War II and into the close of the twentieth century, Atonement engages the reader on every conceivable level, with an ease and authority that mark it as a genuine masterpiece.