8 Books by Irish Writers That You Should Be Reading 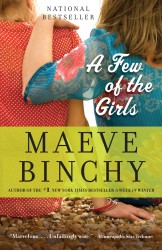 Collected posthumously, A Few  of The Girls by Maeve Binchy is a heartwarming collection of stories penned over the course of many years. Written for friends, magazines, and charity benefits, each story has Maeve’s signature wit, wisdom, and particular Irish sensibility. Reading the tales of Binchy’s characters as they navigate love, loss, marriage, jobs, and friendship in the big cities and small towns of Ireland left us craving more stories from Irish writers. If you find yourself yearning for some Celtic inspiration, we’ve identified eight great works to start with. From modernists James Joyce and Oscar Wilde to the contemporary literary fiction of Maggie O’Farrell and Kevin Barry, these stories offer something for every lad or lass.

A Few of the Girls by Maeve Binchy

“Brim[s] with Maeve’s warmth and common sense. . . . The stories bring to life well-developed characters, often in the space of a few paragraphs.” —Irish Independent

These stories show that while times change, people often remain the same: they fall in love, sometimes unsuitably; they experience heartbreak, compassion and redemption; they hold to hopes and dreams; and they have friendships—some that fall apart, and a few special ones that endure. 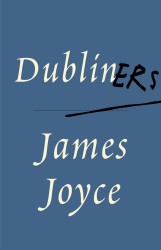 “Joyce renews our apprehension of reality, strengthens our sympathy with our fellow creatures, and leaves us in awe before the mystery of created things.” —Atlantic Monthly

With the fifteen stories in Dubliners Joyce reinvented the art of fiction, using a scrupulous, deadpan realism to convey truths that were at once blasphemous and sacramental, and took narrative art to places it had never been before. 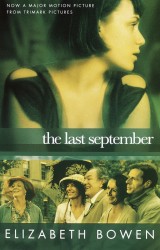 The Last September by Elizabeth Bowen

The Last September is Elizabeth Bowen’s portrait of a young woman’s coming of age during the end of British rule in the south of Ireland, where the ordinariness of life floats like music over the impending doom of history. 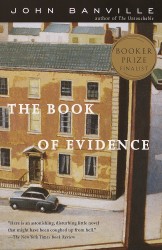 The Book of Evidence by John Banville

“Here is an astonishing, disturbing little novel that might have been coughed up from hell.” —The New York Times Book Review

John Banville’s stunning powers of mimicry are brilliantly on display in this engrossing novel, the darkly compelling confession of Freddie Montgomery, the highly cultured man, husband, father . . . and improbable murderer. 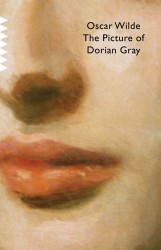 The Picture of Dorian Grey by Oscar Wilde

Wilde’s unforgettable portrayal of a Faustian bargain and its consequences is narrated with his characteristic incisive wit and diamond-sharp prose. The result is a novel that is as flamboyant and controversial as its incomparable author. 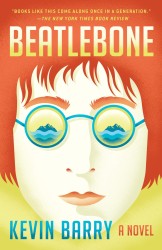 A searing, surreal novel that blends fantasy and reality—and Beatles fandom—from one of literature’s most striking contemporary voices, author of the international sensation City of Bohane. 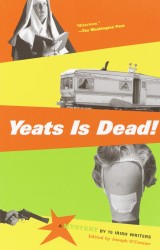 Yeats is Dead!: A Mystery by 15 Irish Writers edited by Joseph O’Connor

“Hilarious. . . . Filled with sharp vignettes amid the bedlam.” —The Washington Post

Fifteen of Ireland’s brightest and most entertaining authors came together to benefit Amnesty International–resulting in this raucous, raunchy, and diabolically entertaining mulligan stew of a novel. 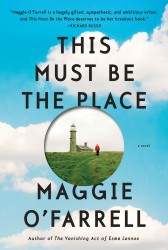 This Must Be the Place by Maggie O’Farrell

“Beautiful and bittersweet, This Must Be the Place will make O’Farrell’s longtime fans swoon while prompting new readers to wonder why they’ve only just discovered her.” —BookPage

Read an excerpt| Get the reader’s guide