Media Center: ‘Living in the Weather of the World’ by Richard Bausch 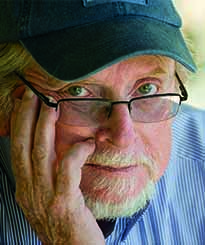 WHAT: LIVING IN THE WEATHER OF THE WORLD, stories

WHY: “A galvanizing collection.
“Bausch is well versed in the wildly divergent weather of our psyches. The author of a dozen novels, he presents his latest reports on the climate of emotions in his ninth book of short stories, a collection charting the chill and heat, storms and droughts of marriage and family life.
“When a long-divorced real-estate agent finally tries online dating, the man she meets for dinner can’t stop crying about his dead wife. A cheating husband dies in the act. After her rude and miserable sister-in-law destroys her honeymoon, a woman finds grim amusement in a sign that from a certain angle reads, ‘Hotel Macabre.’
“A man caught in the rain on his way to what will be a surprisingly revealing encounter with his nearly unknown half-sister thinks, ‘this was life in the world: getting yourself drenched even with an umbrella.’
“With extraordinary gifts for quickly establishing intricately complex and
affecting personalities, creating authentically spiky and sputtering dialogue, and tracking the bruising collisions of volatile and failing relationships, Bausch is a profoundly clarifying meteorologist of the soul.” —Donna Seaman, BOOKLIST

“Considered one of our living masters of fiction,
this current collection of 14 stories from Bausch demonstrates his lightning-quick ability to develop complex, unique characters and situations.” —KIRKUS REVIEWS 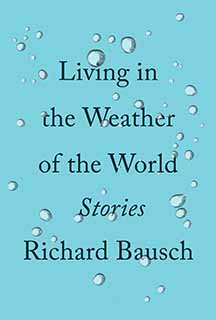