Revisiting a Painful Past with Lynne Kutsukake: An Exclusive Essay 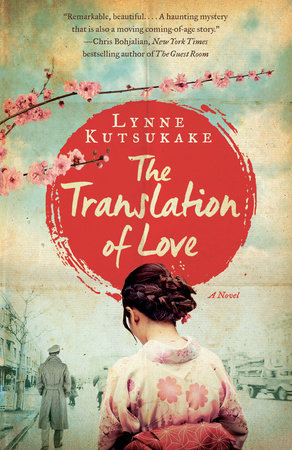 Lynne Kutsukake is a third-generation Japanese-Canadian whose family was interned during World War II. Her literary debut, The Translation of Love, draws on years of research and her own family’s history to tell the story of a young girl repatriated to Japan after World War II, who must help a classmate find her missing sister.

The author reveals in this exclusive essay that, while writing The Translation of Love, she made a life-altering visit to the now abandoned (but still preserved) internment camps where families like hers were detained during World War II. Keep reading to learn how Lynne Kutsukake’s family history shaped her identity just as much as it did that of her young protagonist.

In the summer of 2010, I had an opportunity to join a very special bus tour—a five-day trip to the interior of British Columbia to see the ghost-town camps where Japanese-Canadians had been interned during World War II. The timing couldn’t have been more fortuitous. I had already been working for some time on a novel set in Tokyo during the American occupation, and one of my characters was a girl who had spent the war years in an internment camp and was later deported to Japan.

Before going on my trip, I was filled with mixed emotions: anticipation at finally being able to see the “camps” but also uncertainty about how I would react. Till their dying days neither my mother nor my father had ever expressed any interest in returning to the places where they had been interned. They and the entire Japanese-Canadian community had been uprooted, dispossessed, and stripped of all their rights. As if the injustices during wartime were not enough, a deeply racist policy continued after the war. The government barred Japanese-Canadians from returning to the West coast: move east of the Rockies and disperse as a community, they were told, or be “repatriated” to Japan.

Most of the camps were dismantled by the authorities immediately after the war, destroying evidence of their very existence. After achieving redress, however, Japanese-Canadians turned the New Denver internment camp into the Nikkei Internment Memorial Center, a living museum and interpretive center. It is now a national historic site. The flimsy, uninsulated shacks were preserved in their original cramped dimensions and filled with the paltry artifacts of daily life then. Here, it was possible for me to experience just a little bit of what it had been like in 1942.

The camp faced a narrow glacier lake, and I sat by myself on the shore and stared at the endless mountains and dense forests surrounding me. The raw beauty of the Canadian wilderness had never before filled me with such awe and such pain. It was a warm summer day, but I knew that in winter this remote landscape would freeze and turn bitterly cold and inhospitable.

Colorful stones sparkled in the clear water at my feet, and I reached in to scoop out a handful. I would keep them as souvenirs of my visit. At the time I had no idea how much these stones—and this entire landscape—would later set my imagination on fire. Out of the water, the stones lost their shine and their color, but it doesn’t matter because of course they are special. I have them still.