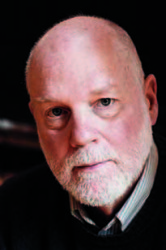 WHAT: CAVE DWELLERS, a novel

WHERE: The author lives in Rockport, ME

WHY: “Absolutely wunderbar!
An absorbing tale of espionage wrapped in enough cloak-und-dagger episodes to make anyone’s Kopf spin. Intrigue and menace mixed her with delicious dollops of humor make a great read for those interested in that bygone era.”
—Edward B. Cone, in a starred review for LIBRARY JOURNAL

“An exceptional period thriller focused on homegrown opposition to Hitler.
“German officers mulling a ‘nascent Resistance’ to Hitler’s prewar moves dispatch a fledgling spy named Oskar to seek support in the US. When that fails, Oskar goes into hiding until a stateside group of expatriates opposed to Hitler books him passage to Germany, where he hopes to slip in without being noticed, with a group member posing as his wife.
“The ship happens to carry the same US senator Oskar sought out in Washington, now on a fact-finding junket that becomes an impromptu spying mission. Also aboard is the senator’s teenage son, on his way to a German summer camp under the protection of an unusually accommodating SS officer. Soon after the ship docks in Bremerhaven, the trouble deepens.
“Oskar and his ‘wife’ are compelled to travel by car with the SS man and the teen. Gunfire erupts in a safe house. Headlines blare claims that the teen has been kidnapped. A full-blown hunt is on for Oskar & Co.—’the most wanted people in the Third Reich.’ They flee by boat on the Weser River, drive and hike through the forests of Hesse, and end in a satisfying climax at a mountain lodge, complete with spycraft and James Bond–ish moments.
“Grant builds the tension slowly then ratchets it up with fine pacing. The main characters are well-drawn, but the minor ones are also memorable, from a White Russian princess in an ancien régime Berlin salon to a cabaret mentalist who suffers for misreading his audience. To the shelves groaning with countless Adolf-addled efforts, this is an understated, entertaining addition.” —Kirkus, in a starred review 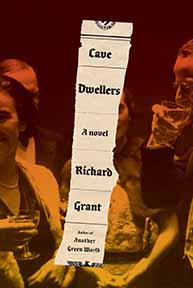