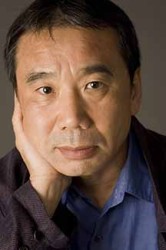 WHAT: MEN WITHOUT WOMEN, stories

WHERE: The author lives in Japan.

“Youthful regrets, untenable romantic triangles, strange manifestations of sexual frustration, and inexplicable, often otherworldly happenings…
“In ‘Drive My Car,’ a stage actor hires a new driver, his first female chauffeur. Between rehearsing lines and listening to classic rock, the normally reticent widower begins to chat with the young driver, eventually revealing a friendship he formed with one of his former wife’s lovers. In ‘Yesterday,’ a man who works at a coffee shop convinces a coworker to date his girlfriend while he works to pass his university entrance exams. In ‘An Independent Organ,’ a plastic surgeon who lives a contrived life of well-managed affairs descends into depression and starves himself to death after falling in (unrequited) love with one of his liaisons.
“Murakami’s ability to center the stories on sentimental but precise details creates a long-lasting resonance. For instance, the narrator of ‘An Independent Organ’ can never use a squash racket the plastic surgeon left him: the lightness reminds him of his frail, dying body. In ‘Scheherazade,’ the standout of the collection, a man who can never be outside for unexplained reasons develops a bond with his in-home caretaker, who tells him stories after they have sex.” —PUBLISHERS WEEKLY 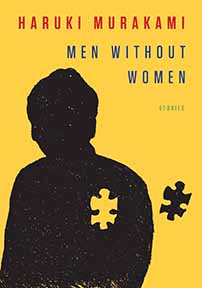