Media Center: ‘Dinner at the Center of the Earth’ by Nathan Englander 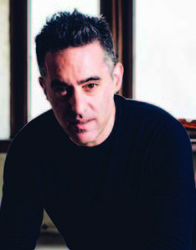 WHAT: DINNER AT THE CENTER OF THE EARTH,
a novel

WHY: “Clever and pithy…
Englander is a wise observer with an empathetic heart.
“‘It’s Israel. We let murderers come home on weekends.’ This is what a young man, known only as ‘the guard,’ initially tells his mother, hoping to resist her plans that he take work in a prison. He is certain there’s no moral high ground to be found, even on what she calls the ‘right’ side of the bars. Plagued by the moral failings of the country, the guard wanted to leave Israel altogether. Instead, he takes the job and becomes both complicit in those failings — making him the most complex, human, and strangely appealing character in Englander’s clever, fragmented, pithy new spy novel.
“On the other side of the bars from the guard is ‘Prisoner Z,’ whose story is pieced together over the course of the book. An American Jew who polished his Zionist idealism in the cafeteria of Hebrew University, Prisoner Z threw himself into the murky workings of ‘intelligence’ because he’d been ‘afraid peace would start without him.’ Except then he got in over his head, and the violence and anger rapidly spread in every direction, eventually ensnaring him.
“With chapters that toggle back and forth in time and in location, the narrative begins on the Israeli side of the Gaza border in 2014, before jumping to Paris and Berlin in 2002, a hospital near Tel Aviv in 2014, the Negev Desert, and back again. Englander is a wise observer with an empathetic heart.” –PUBLISHERS WEEKLY

“Superb. A work of psychological precision and moral force, with an immediacy that captures both timeless human truth as well as the perplexities of the present day.”
—Colson Whitehead 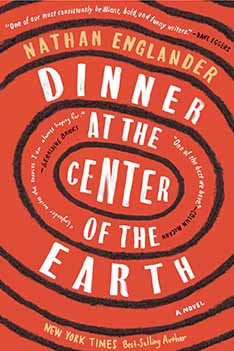