Media Center: ‘Spy of the First Person’ by Sam Shepard 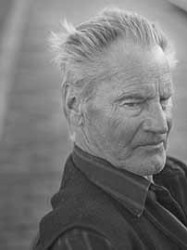 WHAT: SPY OF THE FIRST PERSON

WHERE: Before his death in July, the author lived in Kentucky and Northern California.

WHY: “A gorgeously courageous and sagacious coda to Shepard’s innovative and soulful body of work.
“Early in 2017, Shepard, the author of 55 gutsy and imaginative plays and three transporting short story collections, published his first novel, The One Inside; he died that summer after a long battle with ALS. Now, just before the year closes, his final work of fiction, written in the grip of that debilitating disease, appears.
“A meshing of memoir and invention, it snares with virtuoso precision both nature’s constant vibrancy and the stop-action of illness. Told in short takes pulsing with life and rueful wit, it portrays one man spying on another from across the street, raising binoculars to better watch his subject struggling to make the simplest motions and family members appearing from within the house to offer help and company. As for the nearly immobilized man, he is remembering his immigrant mother, a troubling night in New York City, and visits to a famous Arizona clinic in pursuit of a ‘magic cure.’ He also offers acid commentary on episodes in American history, and revels in the resonance of words.
“Gradually the spy and the man on the porch merge, and the resilient yet reconciled narrator celebrates family love beneath a full moon in the farewell beauty of twilight.”
–Donna Seaman, in a starred review for BOOKLIST

“This is a story less of action than mood,
and that mood is overwhelmingly, achingly melancholic.
The story is modest, the poetry is superb. A most worthy valediction.”
–KIRKUS, a starred review

From the beginning of the book:
Seen from a distance. That is, seeing from across the road, it’s hard to tell how old he is because of the wraparound screen porch. Because of his wraparound shades. Purple. Lone Ranger. Masked bandit. I don’t know what he’s protecting. He’s actually inside an enclosed screen porch with bugs buzzing, birds chirping, all kinds of summer things going on, on the outside — butterflies, wasps, etc. — but it’s very hard to tell from this distance exactly how old he is. The baseball cap, the grimy jeans, the old vest. He’s sitting in a rocking chair, as far as I can tell. A rocking chair the looks like it was lifted from a Cracker Barrel. In fact, it still has the broken security chain around one leg. I think from this distance it’s red but it could be black, the rocker, some of these colors originate from the Marines, some of them from the Army, some from the Air Force, depends on the depth of one’s patriotism, and he just rocks all day. That’s all. 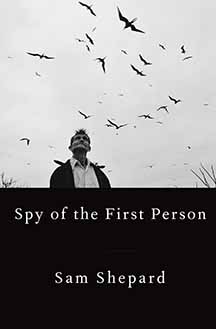