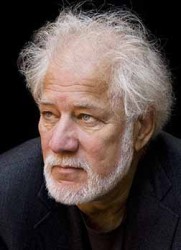 WHAT: WARLIGHT, a novel

WHERE: The author lives in Toronto.

WHY: “A stellar novel by a literary giant.
“The smoke has yet to clear in war-battered 1945 London when Nathaniel, 14, and his sister, Rachel, 16, are left in the care of a man they call the Moth, about whom they know nearly nothing. Nathaniel is certain that the Moth and his curious friends, especially the former boxer known as the Darter, are criminals, and, indeed, he is soon caught up in strange and dangerous undertakings involving barges on the Thames at night and clandestine deliveries. Even Nathaniel’s first sexual relationship is illicit, as the young lovers meet in empty houses, thanks to her real-estate agent brother. Evidence slowly accrues suggesting that Nathaniel and Rachel’s mother, Rose, may be with British intelligence.
“Ondaatje’s gorgeous, spellbinding prose is precise and lustrous, witty, and tender. As the painful truth of this fractured family emerges and Rose’s riveting story takes center stage, Ondaatje balances major and minor chords, sun and shadow, with masterful grace beautifully concentrated in ‘warlight,’ his term for the sparest possible illumination during the city’s defensive blackouts.
“With vivid evocations of place, quiet suspense, exquisite psychological portraiture, and spotlighted historical events—a legendary chess game; horrific, hidden postwar vengeance; and the mass destruction of government archives — Ondaatje’s drolly charming, stealthily sorrowful tale casts subtle light on secret skirmishes and wounds sustained as war is slowly forged into peace.”
–Donna Seaman, in a starred review for BOOKLIST

“Mesmerizing from the first sentence.
This novel about secrets and loss may be Ondaatje’s best work yet.”
–PUBLISHERS WEEKLY, in a starred review

In 1945 our parents went away and left us in the care of two men who may have been criminals. We were living on a street in London called Ruvigny Gardens, and one morning either our mother or our father suggested that after breakfast the family have a talk, and they told us that they would be leaving us and going to Singapore for a year. Not too long, they said, but it would not be a brief trip either. We would of course be well cared for in their absence. I remember our father was sitting on one of those uncomfortable iron garden chairs as he broke the news, while our mother, in a summer dress just behind his shoulder, watched how we responded. After a while she took my sister Rachel’s hand and held it against her waist, as if she could give it warmth. 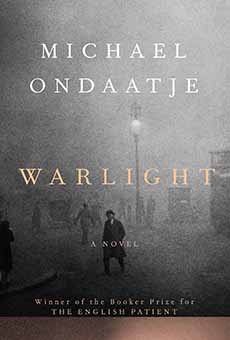