‘Those Wild Wyndams’ by Claudia Renton 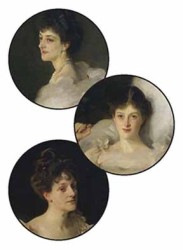 WHO: Mary, Pamela, and Madeline Adeane

WHAT: THOSE WILD WYNDHAMS:
Three Sisters at the Heart of Power
by Claudia Renton

WHY: “A mesmerizing account of three complex women and the family and culture that shaped them.”
“The exploits of the fictional Crawley sisters of the PBS series Downton Abbey pale in comparison to the colorful, often scandalous lives led by the real Wyndham siblings as recounted by Renton in this captivating biography.
“Subjects of a famous portrait by John Singer Sargeant, the sisters — vivacious, eccentric Mary (1862-1937); placid, domestic Madeline Adeane (1869-1941); and vain, complicated Pamela (1871-1928) — were formative members of the Souls, a group of high-society artists, writers, and statesmen who prided themselves on their intellectual pursuits and witty conversation. Barred by their gender from having direct control over the great affairs of the day, the sisters nonetheless wielded considerable influence through their male siblings, children, husbands, and lovers, as well as through their own social prowess. 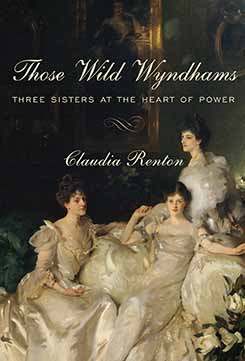 “Renton succeeds superbly in making the sisters sympathetic and likable while still revealing them as defenders of the old order at a time when societal changes such as an expanded franchise and a rising middle class were eroding the traditional power of the British aristocracy.”
–Sara Shreve, LIBRARY JOURNAL

“This tale of the witty, sparkling privileged set…provides a portrait of the aristocratic intelligentsia in Victorian and early Edwardian England.”
–PUBLISHERS WEEKLY 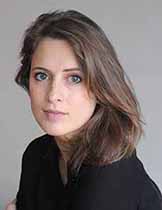 Media Resources:
About the book and author | Read an excerpt | Download the jacket | Download author photo (by Caroline Forbes)