‘My Twenty-Five Years in Provence’ by Peter Mayle 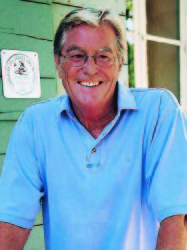 WHAT: MY TWENTY-FIVE YEARS IN PROVENCE

WHY: “A final book from
Provence’s most impassioned booster.
“This memoir takes the form of delightfully quaint anecdotes from the years since Mayle and his wife, Jennie, escaped office life in New York and London in the 1980s for ‘a simpler, sunnier life’ in Provence. The chapters alternate between self-deprecating accounts of settling into the rhythms of café life (‘the world seems to have gone pink,’ he says, referring to the preponderance of rosé wines) and side notes on their favorite lunch spots (Chateau d’If, where the count of Monte Cristo was imprisoned).
“Mayle happily plays the transplanted Englishman, bemused by the habits of the curiously emphatic Continentals (‘the nose plays a versatile part in French sign language’). He departs from cozy travelogue material for several unique experiences, such as being awarded the Legion d’Honneur or watching Ridley Scott and Russell Crowe make a movie out of one of his books. Composed in a uniformly bright and jocular voice, this is a breezy valedictory note for a much admired writer. Fans of Mayle (who died in January) will be delighted.” –PUBLISHERS WEEKLY

It started with a lucky break in the weather. My wife, Jennie, and I had escaped the rigors of the English summer to spend two idyllic weeks on the Côte d’Azur, which according to popular rumor enjoys three hundred days of sunshine a year. But not that year. It rained, hard and often. The beach umbrellas hung in sodden clumps. The plagistes, those bronzed young men who patrol the beaches, were huddled in their huts, their shorts soaked. Cafés along the Promenade des Anglais were filled with forlorn parents and fractious children who had been promised a day splashing about in the sea. In the International Herald Tribune, there was news of a heat wave in England. As we prepared to leave Nice, we hoped the heat would
last until we got home. 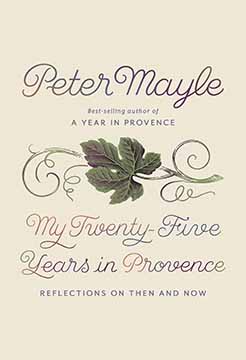