‘We That Are Young’ by Preti Taneja 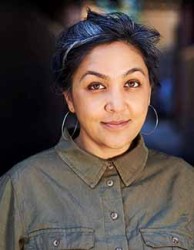 WHAT: WE THAT ARE YOUNG, a novel

WHERE: The author was born in England to Indian parents. She lives in Cambridge.

WHY: “An inspired modernization of a classic — engaging, relevant, and very dark.
“Shakespeare’s supreme tragedy, King Lear, is transposed to contemporary India and recast as a family drama of financial power-brokering within a transforming, culturally complex nation.
“‘Don’t we have the youngest population, the fastest growing democracy’ in the world?…This Company doesn’t need old men, still living in the glory days of the ’80s and ’90s. It’s now, guys. Our time.’ Issues of gender and generation spearhead the conflict in this mammoth drama of money, succession, and control, British-born Taneja’s impressive first work of fiction. Pulsing with vitality, it ranges widely across the subcontinent, delivering the familiar bones of the story mainly from the perspective of the younger generation.
“Patriarch Devraj Bapuji — an aging tycoon whose business empire, the Company, makes its wealth principally from hotels — and his second-in-command, Ranjit Singh, have sired the five children whose perspectives shape the storytelling. First comes Jivan, Ranjit’s illegitimate son, arriving back in India after 15 years in the U.S. to witness the day of Bapuji’s sudden announcement that he’s quitting his own company and transferring power to his daughters, Gargi and Radha. (Sita, the favorite, has disappeared.) Capable Gargi steps into the CEO role, eventually confronting her father and banning half of the Hundred, his rowdy cohort of favored employees, from the family compound. Radha, unlike Gargi, luxuriates in the trappings of wealth, but there’s a dark history behind her sensual indulgences. And then there’s Jeet, Jivan’s gay half brother, who forsakes his wealth for a pilgrimage that will plunge him to the bottom of the social ladder to witness some of Bapuji’s comeback campaign.
“Sita’s section comes last, as the key players assemble for the glamorous opening of a new hotel in Srinagar and Taneja’s dreamy synthesis of language, place, food, clashing views and values, seeping Westernization, and post-colonial flux reaches its climax.”
–KIRKUS, a starred review

It’s not about land, it’s about money. He whispers his mantra as the world drops away, swinging like a pendulum around the plane. The glittering ribbon of the Thames, the official stamps of the Royal parks, a bald white dome spiked with a yellow crown, are swallowed by summer’s deep twilight. The plane lifts, the clouds quilt beneath it, tucking England into bed to dream of better times. It is still yesterday, according to his watch. He winds the dial forward. Now it is tomorrow, only eight hours to go.

He’s landed the window seat with the broken touchscreen: it’s either in-flight information or Slumdog Millionaire, the last movie he ever took Ma to. They went on release weekend. The entire line of people had been brown, so for once Ma didn’t hunch in his shadow as if his jeans and camel coat would protect her, explain her. Instead they had the same old fight about Iris, and as he bought toffee popcorn she began to sniff: she said she was catching a chill. She kept up the sniffing as the credits rolled over the entire cast line-dancing on the set of an Indian train station. When they got outside, he thought she’d been crying. He put his arms around her: her head was the perfect place for his chin to rest. He asked her if she liked the movie, she said she didn’t at all. It was not real India, except for the songs. 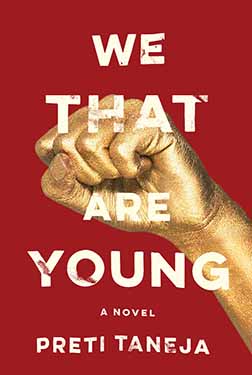