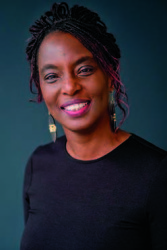 WHAT: THE DRAGONFLY SEA, a novel

WHERE: The author lives in Nairobi.

WHY: “A gorgeous novel
of Africa’s entanglement with the wider world.
“A sweeping story of lives that intersect on Pate, an island off the coast of Kenya. The island is a palimpsest, a place where people come to forget or rewrite their life stories, and Owuor introduces us to a vivid set of characters who all want to begin their lives again in the island’s embrace.
“We first meet Munira, the daughter of a wealthy business family that tries to marry her off to ‘an austere scholar’ after she becomes pregnant with an unknown man’s child. The incident proves ignominious for her family, and soon Munira is left alone on Pate with her irrepressible daughter, Ayaana. The duo lives a quiet life until the sudden arrival of Muhidin, an avowed infidel who long ago abandoned Pate for the life of a sailor.
“He soon finds himself bound up in Munira’s and Ayaana’s lives, as the daughter sees in him the father she never knew, and Muhidin feels himself drawn into a paternal bond with her. Meanwhile, the island is beset by American troops — whom the locals refer to derisively as ‘the Terrorized’ — who hope to combat terrorism by cultivating the islanders’ hearts and minds. In the midst of the conflict, another stranger arrives: Ziriyab, a migrant fleeing military retribution after his brother participates in the bombing of a foreign navy ship. His appearance forever alters Munira, Ayaana, and Muhidin’s motley family.
“For all the emphasis on contemporary geopolitics, however, Owuor has ultimately written a novel that is about everything the war on terror cannot register: the vastness, complexity, and richness of East Africa’s cultural world. She represents it as a stunning mélange of Islamic and African cultural traditions that are woven together via the motif of the sea. Pate becomes the epicenter of an ethos and a people who move freely, sailing without regard for cultural and national borders. The novel features an enormous cast of vividly drawn characters, from Chinese businessmen to Wahhabi Islamic fundamentalists. Its heart, however, is the quartet of characters who motivate the novel’s primary narrative. Rendered in language that is heart-rendingly lyrical, Munira, Ayaana, Muhidin, and Ziriyab are unforgettable figures. Owuor’s language is so lush, and her vision so vibrant, that by the time Ayaana emulates Muhidin and embarks upon her own sea journey, it doesn’t much matter; the reader is likely sunken down into the pleasure of Owuor’s sentences. To do so feels like sinking down into the intricacy of East Africa.
“A magisterial novel about life amid East Africa’s tumultuous cultural and political ferment in the shadow of the American war on terror.” –KIRKUS, a starred review 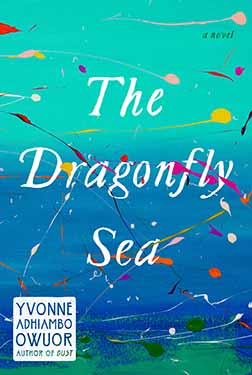