‘Once More We Saw Stars’ by Jayson Greene 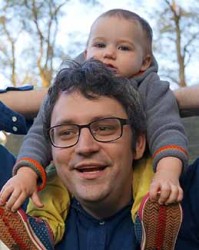 WHAT: ONCE MORE WE SAW STARS
a memoir

WHY: “An amazing and inspirational exploration
on the meaning of grief and the interconnectedness
of love and loss.”
—PUBLISHERS WEEKLY, a starred review

“Compassionate and sensitively told, Greene’s story accomplishes an exceptionally difficult feat: transforming tragedy into both a spiritual journey and a celebration of wonder.” —KIRKUS REVIEWS

“Heartbreaking and inspiring.
“On a Sunday morning in spring, two-year-old Greta Greene was resting on a bench on Manhattan’s Upper West Side with her grandmother when the unthinkable happened — a piece of debris fell from the building above them and knocked her unconscious. She died the next day.
“In this unforgettable memoir, Jayson Greene, Greta’s father, writes about what happened after that accident as he and his wife began a journey of healing. They explore different grief-support options and enroll in a retreat called ‘From Grieving to Believing,’ where they consult a medium who tells them to pay attention to signs. They also join a local group for bereaved parents and lash out at the moderator after she’s aggressive an inappropriate. The author occasionally seeks out empty New York streets and screams into the vacantness. But eventually, in the wake of their sorrow, they choose hope, deciding to have another child.
“After suffering an unimaginable loss, the author’s ability to pursue fatherhood again while still honoring the daughter he lost is a testament to the resilience of the human spirit and its capacity to love.” —Erin Shea, in a starred review for LIBRARY JOURNAL 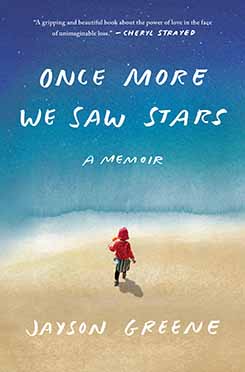