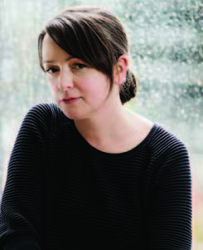 WHAT: THE BODY LIES, a novel

WHERE: The author lives in Lancaster, England.

WHY: “A brilliant novel.
“The Body Lies revolves around the terrifying experience of a professor caught up in a student’s dangerous obsession. Three years after a harrowing assault in London leaves the unnamed narrator traumatized, she accepts a position teaching writing at a university deep in the English countryside. Her husband decides to keep his city job and commute to see her and their young son on weekends.
“At first, she’s entranced with the small town, the large house she’s renting, and her charming, welcoming colleagues. Her six graduate students appear to be talented and unique, but she can’t help but be unsettled by the attention paid her by one of them, Nicholas, a seemingly deeply sensitive young man writing a novel about his dead girlfriend. When their relationship takes a dark turn after a party, the narrator finds herself caught up in a nightmare that threatens her sense of safety, her career, and even her life.
“With an unflinching eye, Baker deftly explores the pressure, judgment, and dangers women are subjected to on a daily basis simply because they are female. Her novel is a scathing indictment of the many ways society excoriates women while excusing violent men. A must read.” –Kristine Huntley, in a starred review for BOOKLIST

“Baker’s powerful tale is at times heart-rending to read — and impossible to put down.” —PUBLISHERS WEEKLY, starred review

It was on the busy, dirty Anerley Road in South London that the man hit me. It was the nineteenth of September, it was around quarter past seven in the evening, and I was walking downhill from the train station to our flat after a shift at the bookshop. The weather had been fine in the morning when I set out for work, but now it was raining, and I wasn’t dressed for it.

I had just crossed the railway bridge when I noticed someone running up the hill towards me. He was wearing black trackies and a blue anorak; he had the hood up, toggle pulled tight against the rain, and was running easily, a steady lope. He said something as he went by. I didn’t quite catch it.

If I had been at a distance, watching me, rather than being stuck inside my own head, I would have seen the man slow down, come to a halt, and turn, and stare. Then I would have seen him run back down the hill towards me. I’d have seen something like that, anyway.

But as it was, I just saw the streaks of streetlamp on the pavement, and felt the hush of cars passing in the rain, and felt the cold damp seeping through my jacket; my hands, in my pockets, rested against the bulge of my belly. I was thinking that my back ached, and that I really needed new shoes and that tomorrow, on my day off, I’d finally screw up courage to phone Mum; if I left it any later It’d be a whole heap of new offence for her to take. I became aware of the sound of running footsteps behind me, and I moved aside, towards the dark trees, to let what I thought was another runner past.

But it was the same guy. He ducked in front of me, smiling. He spoke again, and this time I caught what he was saying. He was telling me what he’d like to do to me. 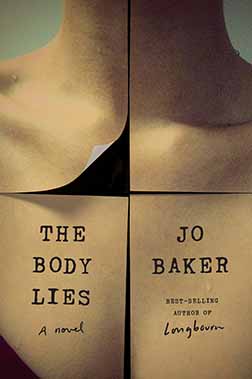