‘Chances Are…’ by Richard Russo 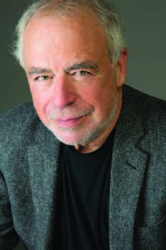 WHAT: CHANCES ARE…, a novel

WHERE: The author lives in Portland ME.

WHY: “This is vintage Russo. No one understands men better than Richard Russo, and no one is more eloquent in explaining how they think, suffer, and love.
“Russo’s 14th book blends everything we love about this author with something new. Yes, this is a novel about male friendship, fathers and sons, small-town class issues, and lifelong crushes, and it provides the familiar pleasure of immersion in the author’s distinctive, richly observed world and his inimitable ironic voice. But this is also a mystery about a 1971 cold case.
“At the center of it is one of Russo’s impossibly magical women, one Jacy Rockafellow, who graduated Minerva College in Connecticut that year with three ‘hashers’—scholarship students who worked in the dining hall of her sorority and were also her closest friends. Mickey is the son of a West Haven construction worker, Teddy the offspring of Midwestern high school teachers, and Lincoln comes from Dunbar, Arizona, the only child of a tiny tyrant named Wolfgang Amadeus Moser — Dub Yay to his friends — and his downtrodden, docile wife, Trudy. Dub Yay announces that in order for Lincoln to go to college at a small East Coast liberal arts school, he, Dub Yay, would have to be dead. ‘A statement that was clearly designed to end this conversation, so Lincoln was surprised to see on his mother’s face an unfamiliar expression that suggested she’d contemplated her husband’s mortality with equanimity and was undeterred.’
“All three boys are head over heels in love with Jacy, who is engaged to someone named Vance, Chance, or Lance, whom she seems to care about not a whit. Midway through their college years, the draft lottery occurs; one of the boys gets a very low number and is certain to be called up. A farewell weekend at Lincoln’s mother’s beach house on Martha’s Vineyard turns out to be the last time Jacy is ever seen or heard of. When the three boys reunite there as 66-year-old men, they can’t think of anything but her; cherchez la femme.
“At a rough time for masculinity, Russo’s flawed but always decent characters are repositories of the classic virtues of their gender.” —KIRKUS, a starred review

“This is vintage Russo with a cunning twist…a bewitching tale of male friendship with thriller elements.” –Carol Haggas, in a starred review for BOOKLIST

“This is vintage Russo.” –PUBLISHERS WEEKLY

The three old friends arrived on the island in reverse order, from farthest to nearest: Lincoln, a commercial real estate broker, practically cross-country from Las Vegas; Teddy, a small-press publisher, from Syracuse; Mickey, a musician and sound engineer, from nearby Cape Cod. All were sixty-six years old and had attended the same small liberal arts college in Connecticut where they’d slung hash at a campus sorority. The other hashers, mostly frat boys, claimed to be there by choice, because so many of the Thetas were hot, whereas Lincoln, Teddy and Mickey were scholarship students doing the job out of varying degrees of economic necessity. Lincoln, as good-looking as any of the frat boys, was immediately made a “face man,” which meant donning a scratchy white waist-length jacket to serve the girls in the sorority’s large dining room. Teddy, who’d worked at a restaurant during his junior and senior years of high school, became a cook’s helper, making salads, stirring sauces, plating entrées and desserts. Mickey? They took one look and escorted him over to the sink where a mountain of dirty pots sat piled alongside a large cardboard box of off-brand steel scrubbers. Such was their freshman year. By the time they were seniors, Lincoln had been made head hasher and could offer both his friends positions in the dining room. Teddy, who’d had enough of the kitchen, promptly accepted, but Mickey said he doubted there was a serving jacket big enough to fit him. Anyway, he preferred remaining a kitchen slave to making nice with the fancy girls out front, since at least the galley was his own. 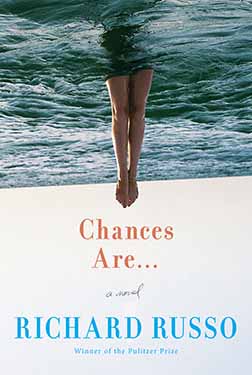