Author Lara Prescott on the Magic of Objects 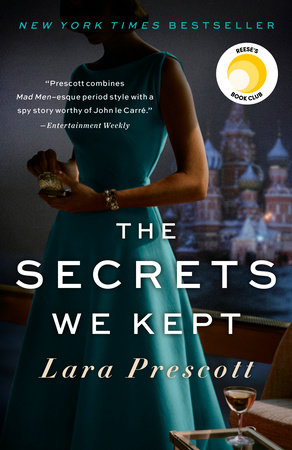 The New York Times bestselling Reese’s Book Club Pick, The Secrets We Kept, will transport you both back in time to the Cold War and far away to Washington, D.C., and Russia. We are so impressed with debut author Lara Prescott’s ability to conjure a time and a place that we had to know how she did it. It turns out that not only did she get in the spirit by listening to music and trying out some cocktails and appetizers (check out our Book Club Kit for her playlists and recipes), she surrounded herself with objects related to the novel. We were lucky enough that she shared some of their stories and photos with us. We hope you enjoy this look into a writer’s life!

I strongly believe there’s a certain power and energy to objects. As such, while writing The Secrets We Kept, I collected many historical artifacts related to the subject matter of my novel. Some were given to me as gifts, and some I bought from auction sites or found at flea markets. I surrounded my writing desk with them, hoping some of the magic they contained would rub off and inspire me.

Here are a few objects from my collection (click on the images to enlarge): 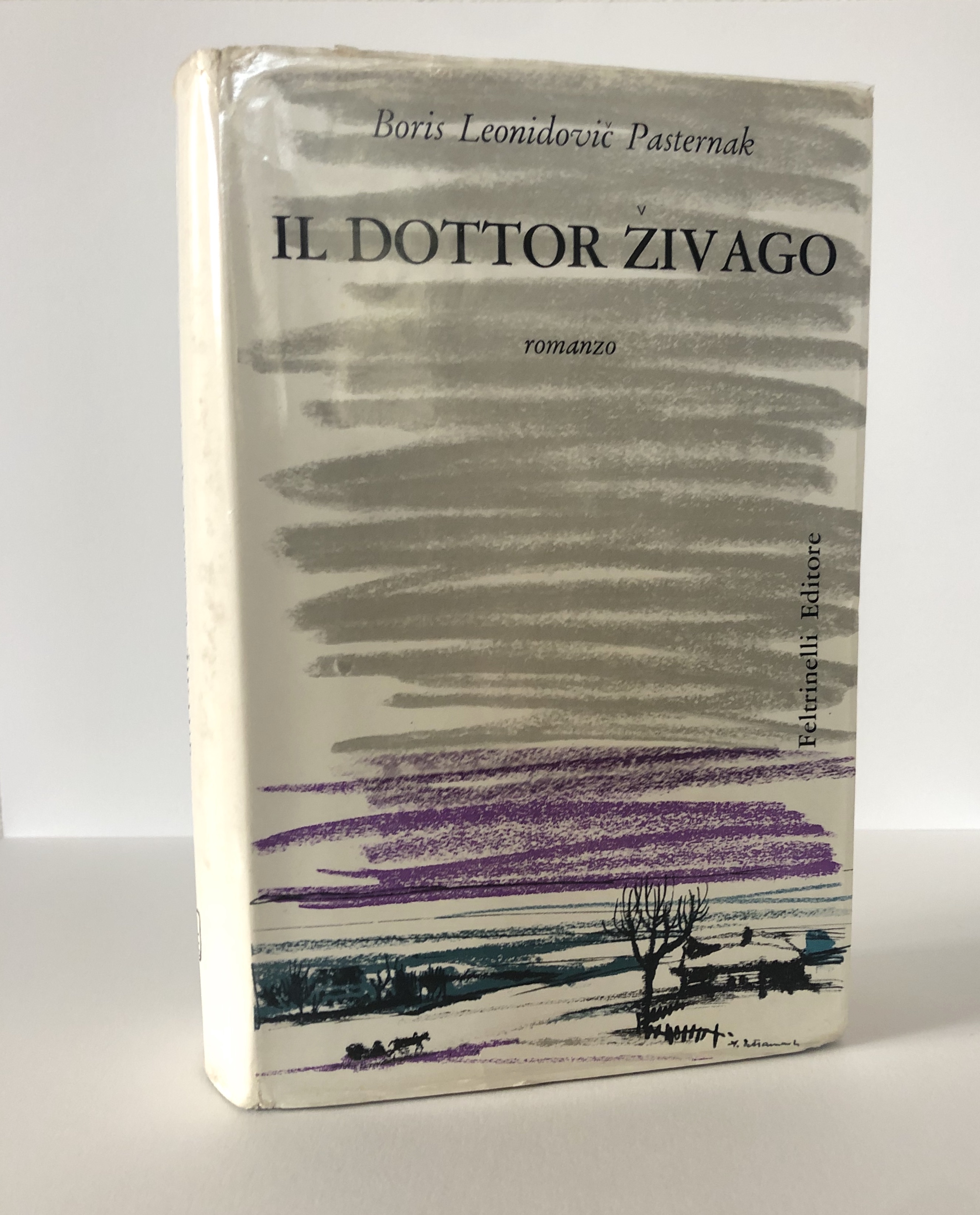 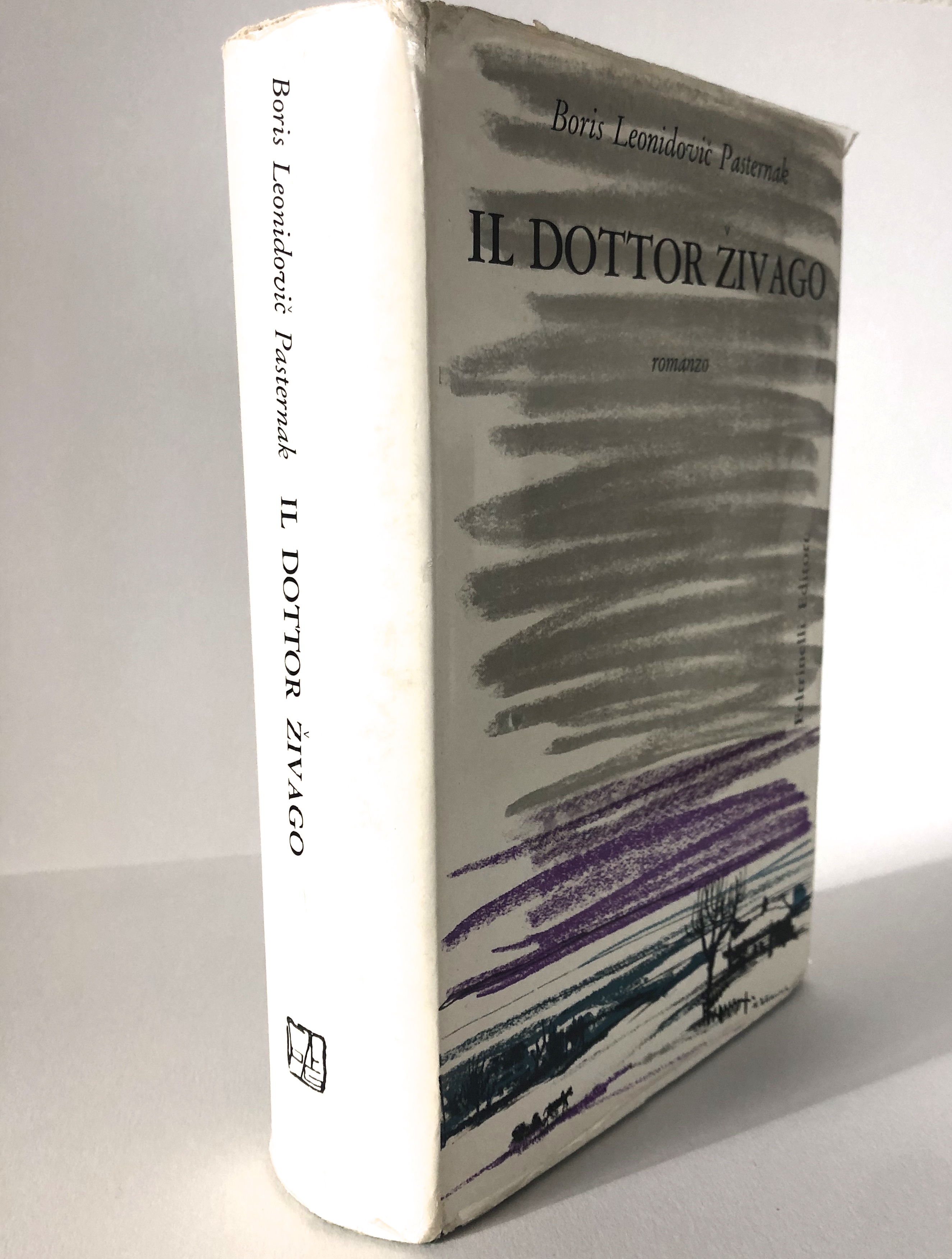 My husband gave me this rare first edition, first printing of Doctor Zhivago as a gift for finishing my novel. It was published by Giangiacomo Feltrinelli in Italian, and this is the first pressing ever made of the book, anywhere in the world. Reportedly only 3,000 copies of his first pressing were made. It is my prized possession! 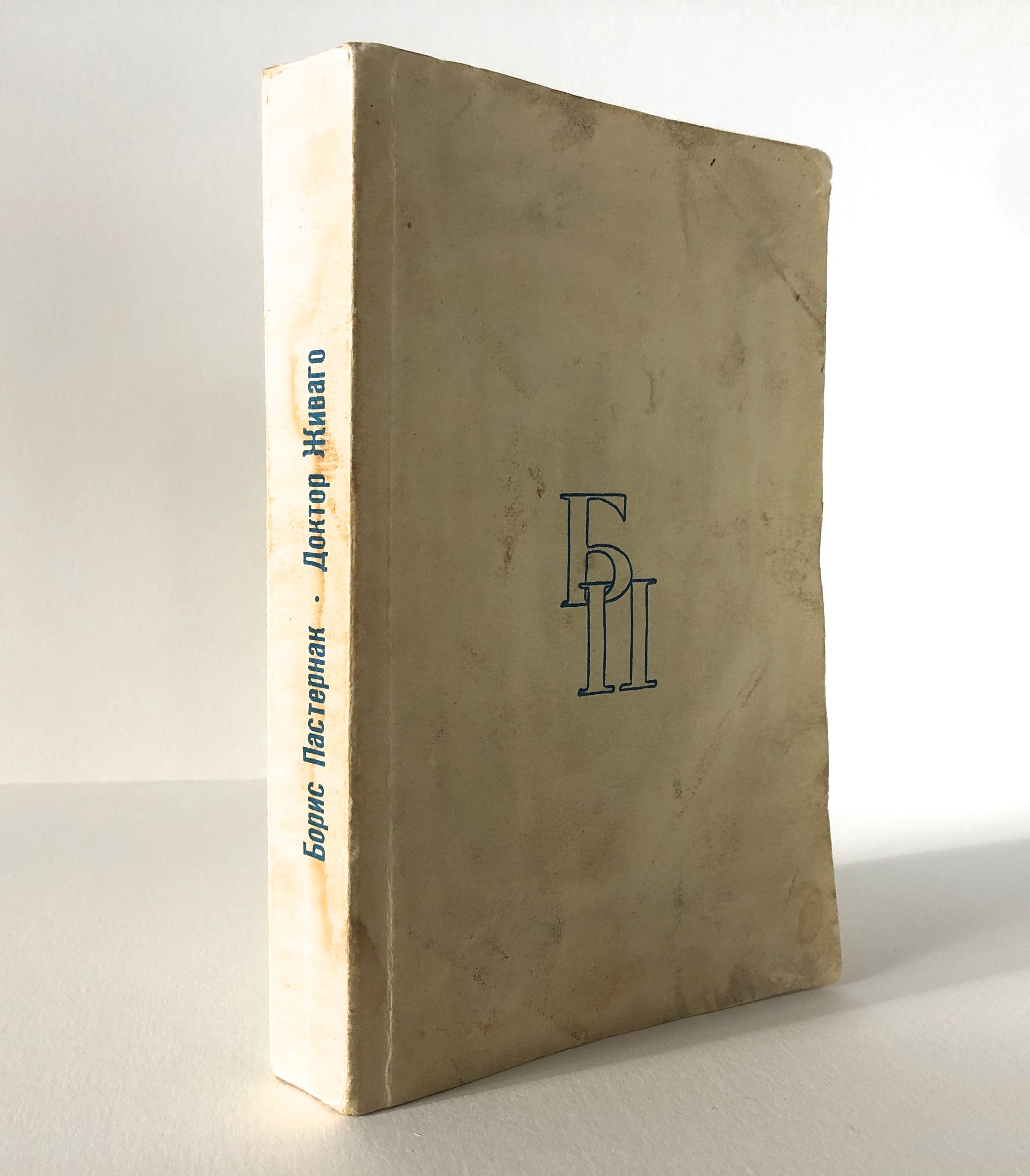 A birthday gift from my husband while I was writing The Secrets We Kept, this miniature printing of Doctor Zhivago was printed at CIA headquarters in 1959 and smuggled into the USSR. Ironically, this book was smuggled back into the United States. (from Russia) for me! My husband bought it from a Russian auction website. Afterward, he discovered that it’s not exactly legal to ship antiques (which this is classified as) from Russia to the U.S. The Russian auction house had someone traveling from Moscow to NYC though; that person physically carried the book with him on the plane, then mailed it to us from NYC when he landed. 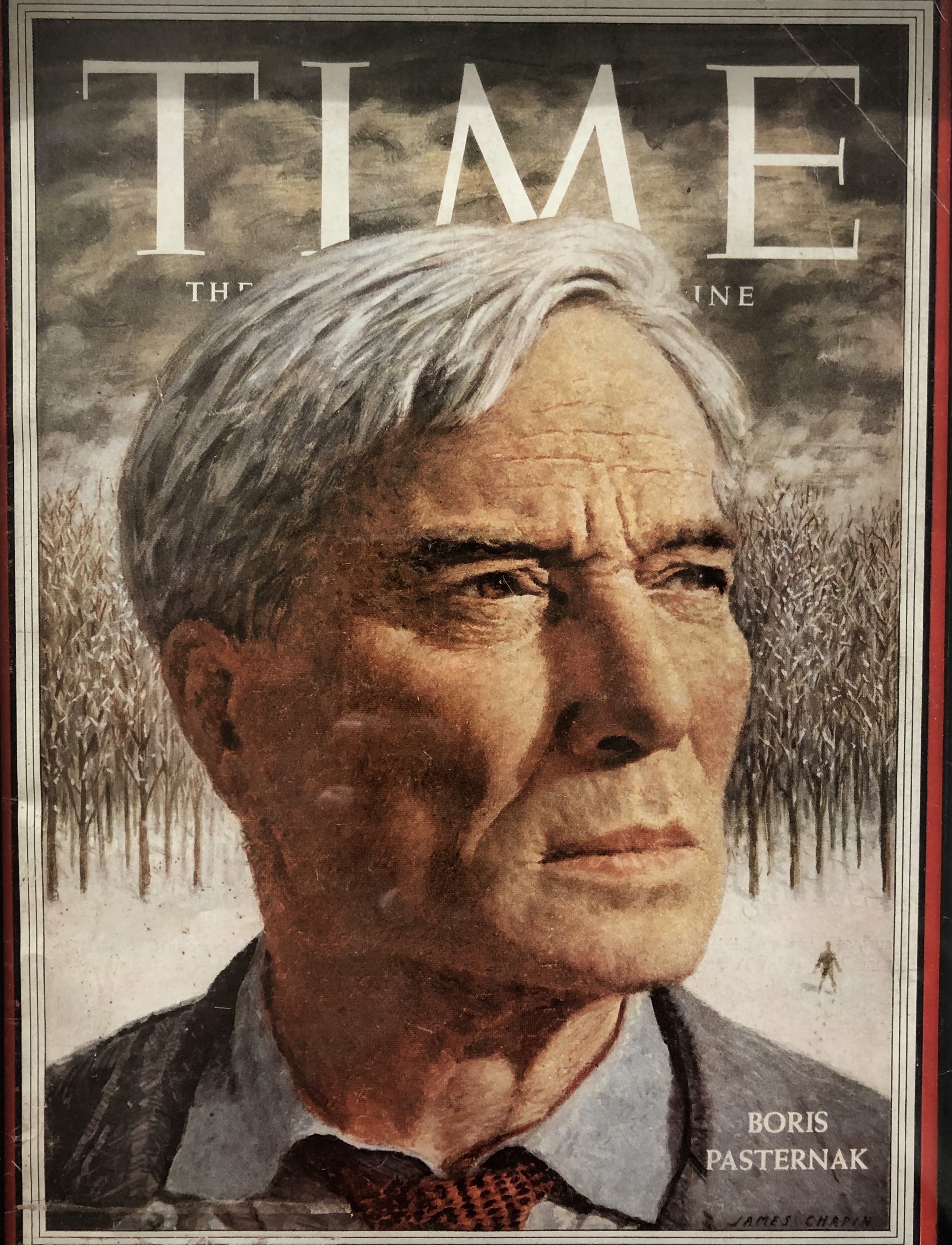 I had this cover of TIME magazine from December 15, 1958, about Boris Pasternak and the Nobel Prize framed and hung it above my writing desk for inspiration. 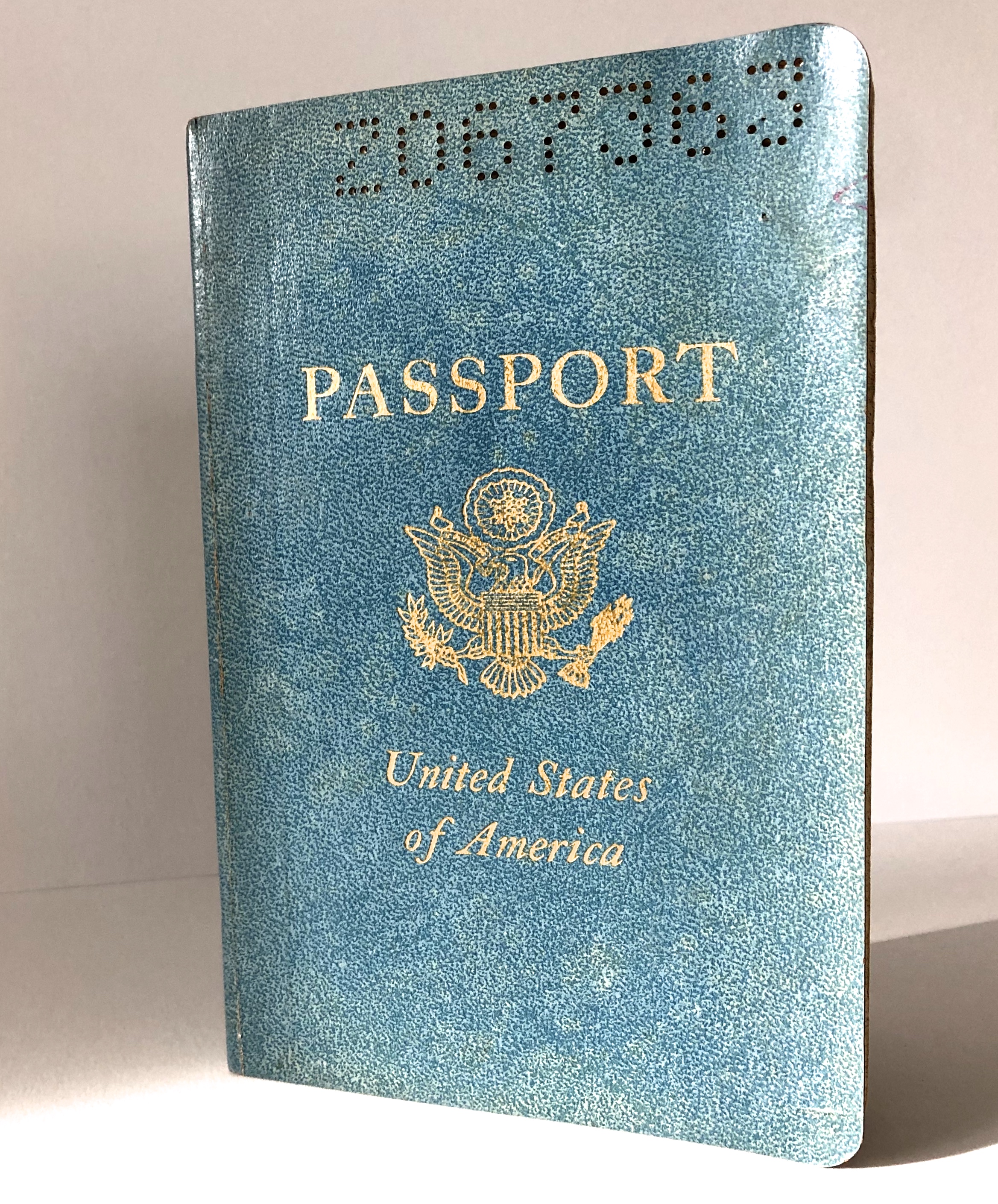 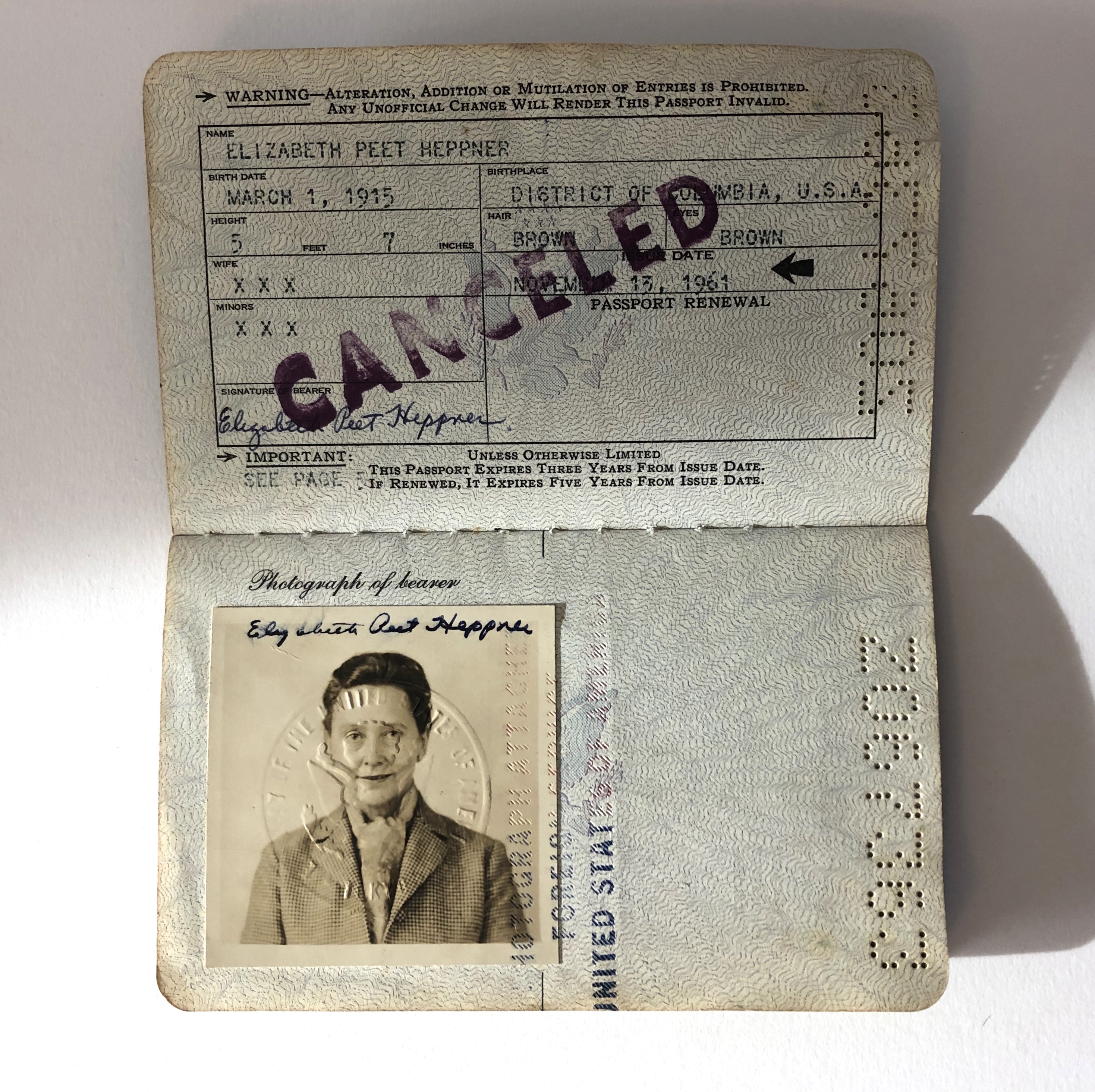 This is a canceled U.S. passport owned by Elizabeth P. McIntosh (aka Betty McIntosh, aka Elizabeth Peet Heppner, aka Elizabeth Macdonald). She was an early female spy in the OSS and one of the inspirations behind my character Sally Forrester. 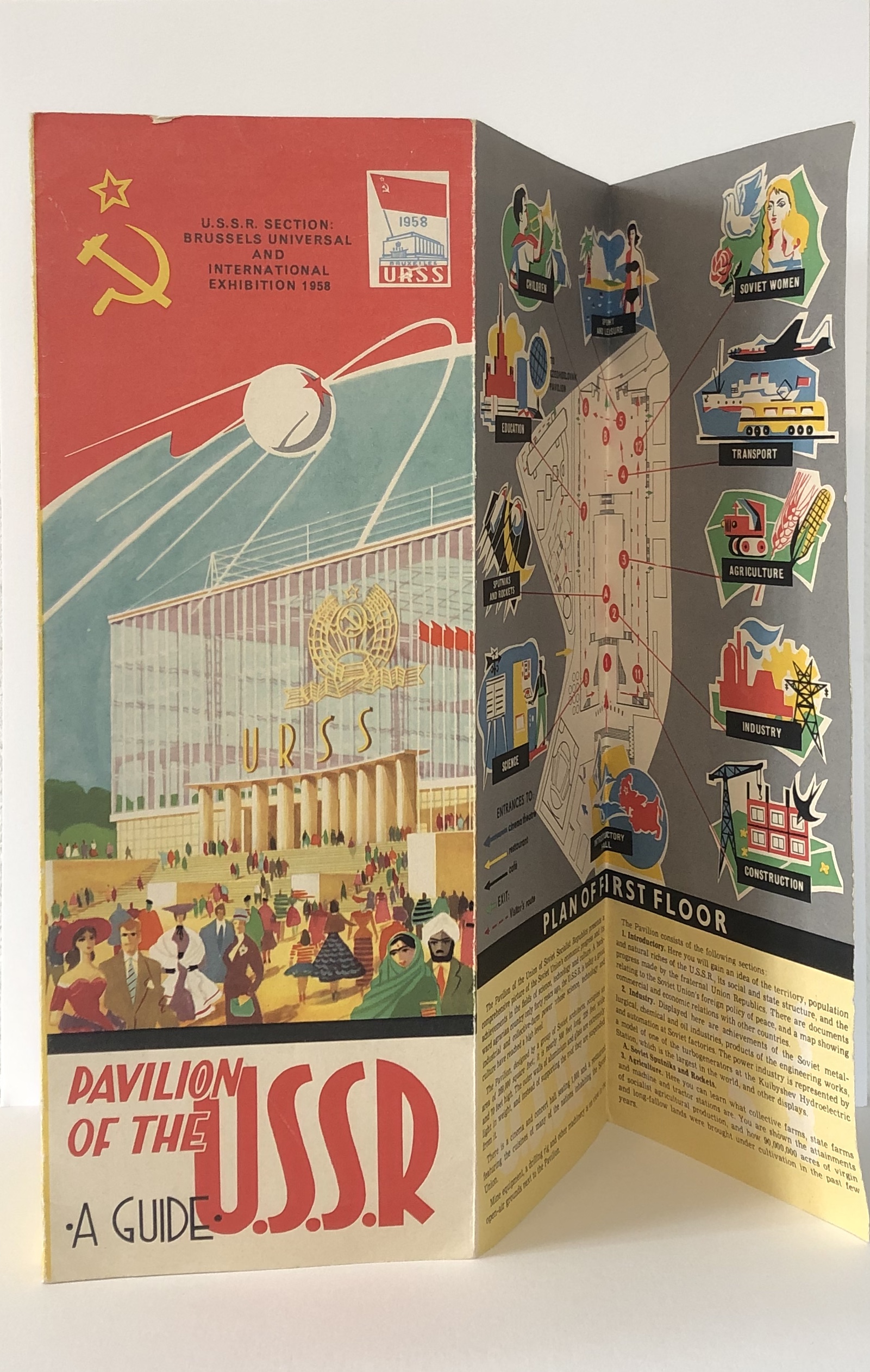 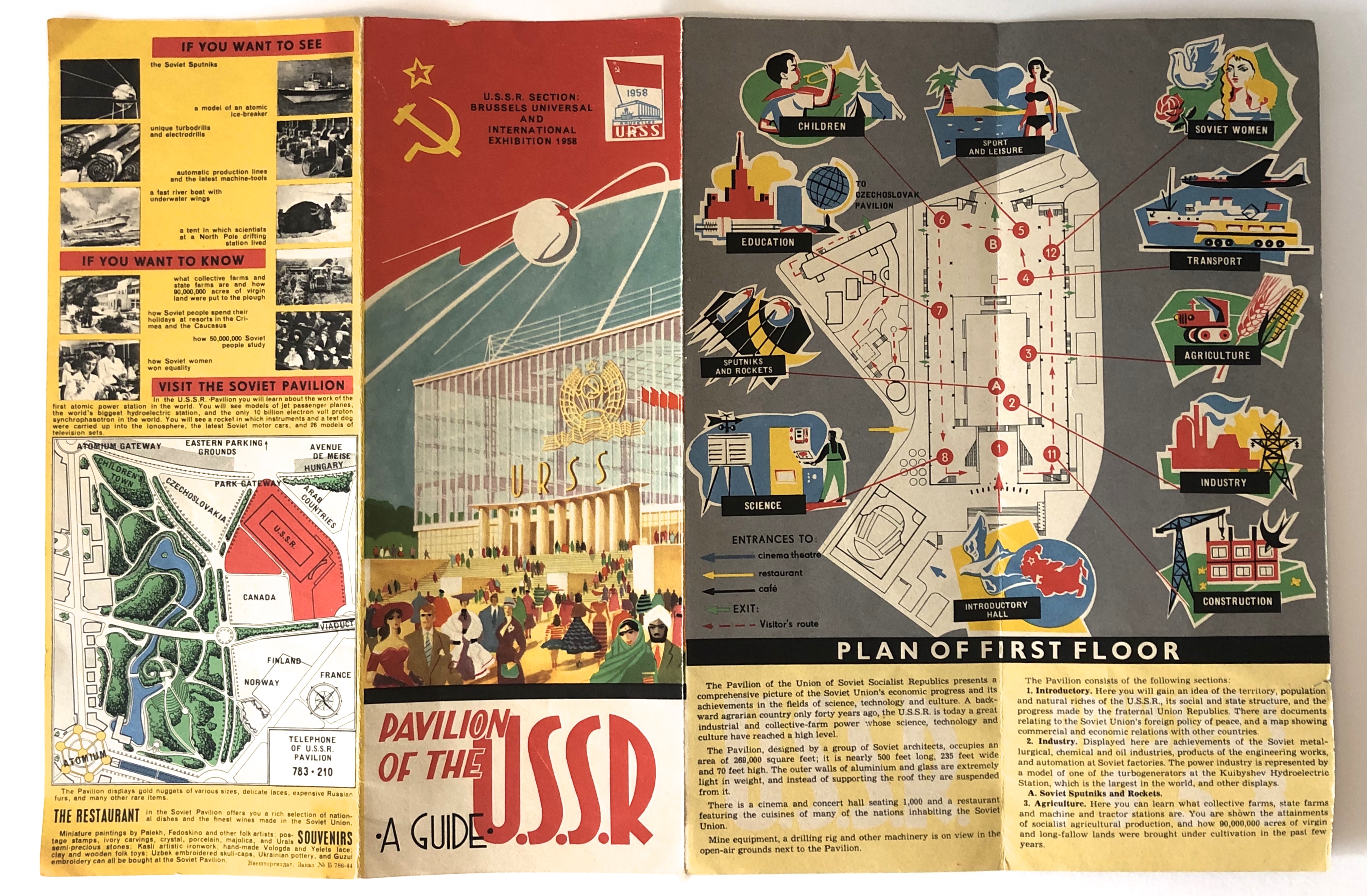 This is a beautifully designed, vintage brochure of the USSR Pavilion from Expo 58, which served as the staging grounds for the CIA’s mission to handoff copies of Doctor Zhivago to Soviet citizens who were visiting the fair. What I love most about this brochure is the map included within—neither the U.S. nor the Vatican pavilions appear anywhere on the map, despite both being right next to the USSR pavilion!