Our Favorite Gifts for Grads 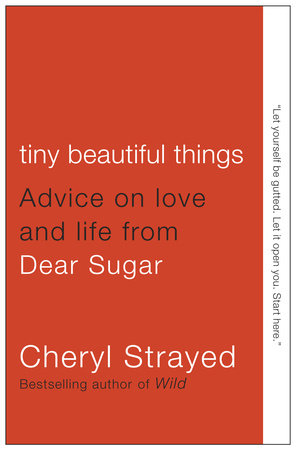 We love giving books for, well, pretty much any occasion, but especially for new grads. Books can guide, inspire, and uplift them long after they’ve put away their caps and gowns. Below is a list of our go-to gifts for grads, but pro tip: write a note inside, and your grad will treasure your gift for a long time.

Life can be hard: your lover cheats on you; you lose a family member; you can’t pay the bills—and it can be great: you’ve had the hottest sex of your life; you get that plum job; you muster the courage to write your novel. Sugar—the once-anonymous online columnist at The Rumpus, now revealed as Cheryl Strayed, author of the bestselling memoir Wild—is the person thousands turn to for advice. 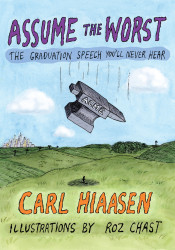 Assume the Worst by Carl Hiaasen

“This commencement address will never be given, because graduation speakers are supposed to offer encouragement and inspiration. That’s not what you need. You need a warning.”

So begins Carl Hiaasen’s attempt to prepare young men and women for their future. And who better to warn them about their precarious paths forward than Carl Hiaasen? The answer, after reading Assume the Worst, is: Nobody. 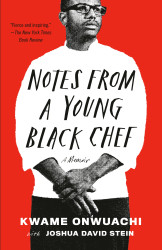 Notes from a Young Black Chef by Kwame Onwuachi

By the time he was twenty-seven years old, Kwame Onwuachi had opened—and closed—one of the most talked about restaurants in America. He had sold drugs in New York and been shipped off to rural Nigeria to “learn respect.” He had launched his own catering company with twenty thousand dollars made from selling candy on the subway and starred on Top Chef. Through it all, Onwuachi’s love of food and cooking remained a constant, even when, as a young chef, he was forced to grapple with just how unwelcoming the food world can be for people of color. In this inspirational memoir about the intersection of race, fame, and food, he shares the remarkable story of his culinary coming-of-age; a powerful, heartfelt, and shockingly honest account of chasing your dreams—even when they don’t turn out as you expected. 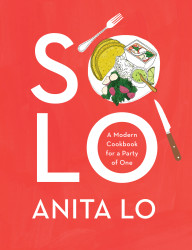 From the Michelin-starred chef and Iron Chef America and Top Chef Masters contestant—a hilarious, self-deprecating, gorgeous new cookbook—the ultimate guide to cooking for one. With four-color illustrations by Julia Rothman throughout.

The life of a chef can be a lonely one, with odd hours and late-night meals. But as a result, Anita Lo believes that cooking and dining for one can, and should, be blissful and empowering. In Solo, she gives us a guide to self-love through the best means possible—delicious food—in 101 accessible, contemporary, and sophisticated recipes that serve one. 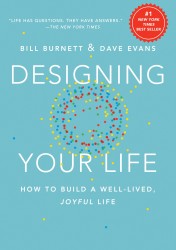 Designing Your Life by Bill Burnett and Dave Evans

Designers create worlds and solve problems using design thinking. Look around your office or home—at the tablet or smartphone you may be holding or the chair you are sitting in. Everything in our lives was designed by someone. And every design starts with a problem that a designer or team of designers seeks to solve.

In this book, Bill Burnett and Dave Evans show us how design thinking can help us create a life that is both meaningful and fulfilling, regardless of who or where we are, what we do or have done for a living, or how young or old we are. The same design thinking responsible for amazing technology, products, and spaces can be used to design and build your career and your life, a life of fulfillment and joy, constantly creative and productive, one that always holds the possibility of surprise. 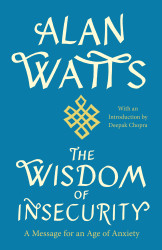 The Wisdom of Insecurity by Alan Watts

“The perfect guide for a course correction in life, away from materialism and its empty promise” (Deepak Chopra), The Wisdom of Insecurity shows us how—in an age of unprecedented anxiety—we must embrace the present and live fully in the now in order to live a fulfilling life.

Spending all our time lamenting the past and trying to anticipate and plan for the future, we forget to embrace the here and now. We are so concerned with tomorrow that we forget to enjoy today. Drawing from Eastern philosophy and religion, Alan Watts shows that it is only by acknowledging what we do not—and cannot—know that we can learn anything truly worth knowing. 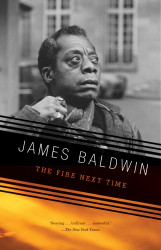 The Fire Next Time by James Baldwin

At once a powerful evocation of James Baldwin’s early life in Harlem and a disturbing examination of the consequences of racial injustice, the book is an intensely personal and provocative document from the iconic author of If Beale Street Could Talk and Go Tell It on the Mountain. It consists of two “letters,” written on the occasion of the centennial of the Emancipation Proclamation, that exhort Americans, both black and white, to attack the terrible legacy of racism. Described by The New York Times Book Review as “sermon, ultimatum, confession, deposition, testament, and chronicle . . . all presented in searing, brilliant prose,” The Fire Next Time stands as a classic of literature. 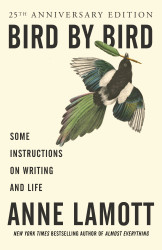 Bird by Bird by Anne Lamott

For a quarter century, more than a million readers—scribes and scribblers of all ages and abilities—have been inspired by Anne Lamott’s hilarious, big-hearted, homespun advice. Advice that begins with the simple words of wisdom passed down from Anne’s father—also a writer—in the iconic passage that gives the book its title:

“Thirty years ago my older brother, who was ten years old at the time, was trying to get a report on birds written that he’d had three months to write. It was due the next day. We were out at our family cabin in Bolinas, and he was at the kitchen table close to tears, surrounded by binder paper and pencils and unopened books on birds, immobilized by the hugeness of the task ahead. Then my father sat down beside him, put his arm around my brother’s shoulder, and said, ‘Bird by bird, buddy. Just take it bird by bird.’”