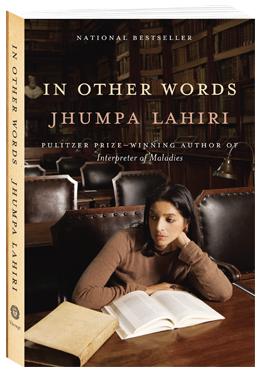 From the Pulitzer Prize–winning author of Interpreter of Maladies

“Exquisite…. The most evocative, unpretentious, astute account of a writing life I have read.”
—Howard Norman, The Washington Post

On a post-college visit to Florence, Pulitzer Prize-winning author Jhumpa Lahiri fell in love with the Italian language. Twenty years later, seeking total immersion, she and her family relocated to Rome, where she began to read and write solely in her adopted tongue. A startling act of self-reflection, In Other Words is Lahiri’s meditation on the process of learning to express herself in another language—and the stunning journey of a writer seeking a new voice. 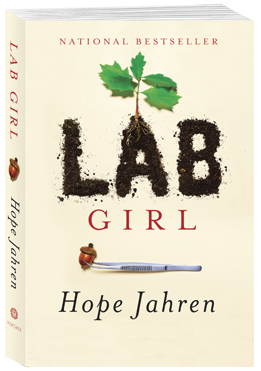 A Best Book of the Year The New York Times, The Washington Post, TIME.com, NPR, and more

“Engrossing…. Thrilling…. Does for botany what Oliver Sacks’s essays did for neurology, what Stephen Jay Gould’s writings did for paleontology.”
—The New York Times

Geobiologist Hope Jahren has spent her life studying trees, flowers, seeds, and soil. Lab Girl is her revelatory treatise on plant life—but it is also a celebration of the lifelong curiosity, humility, and passion that drive every scientist. In these pages, Hope takes us back to her Minnesota childhood, where she spent hours in unfettered play in her father’s college laboratory. She tells us how she found a sanctuary in science, learning to perform lab work “with both the heart and the hands.” She introduces us to Bill, her brilliant, eccentric lab manager. And she extends the mantle of scientist to each one of her readers, inviting us to join her in observing and protecting our environment. Warm, luminous, compulsively readable, Lab Girl vividly demonstrates the mountains that we can move when love and work come together. 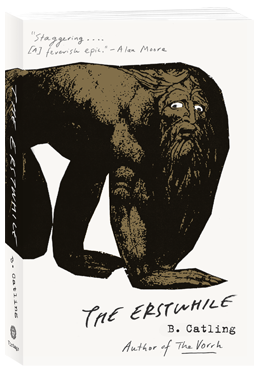 The much-aniticipated follow-up to The Vorrh

“This imaginative and original work of fantasy will leave readers hungry.”
—Publishers Weekly

The Erstwhile brings readers back to the singular world and mind of B. Catling, continuing the groundbreaking storytelling of his hit The Vorrh.

In London and Germany, strange beings are reanimating themselves. They are the Erstwhile, the angels that failed to protect the Tree of Knowledge, and their reawakening will have major consequences. In Africa, the colonial town of Essenwald has fallen into disarray because the timber workforce has disappeared into the Vorrh. Now a team of specialists are dispatched to find them. Led by Ishmael, the former cyclops, they enter the forest, but the Vorrh will not give them back so easily. To make matters worse, an ancient guardian of the forest has plans for Ishmael and his crew. Meanwhile a child of mixed race has been found abandoned in a remote cottage. Her origins are unknown, but she has powers beyond her own understanding. Conflict is coming, as the old and new, human and inhuman are set on a collision course. Once again blending the real and the imagined, The Erstwhile brings historical figures such as William Blake and places such as the Bedlam Asylum, as well as ingenious creations such as The Kin (a family of robots) together to create unforgettable novel of births and burials, excavations and disappearances. 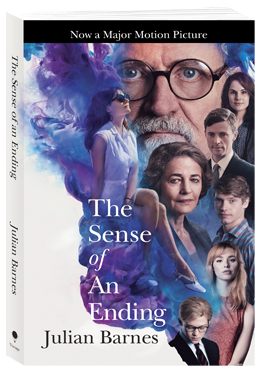 A novel so compelling that it begs to be read in a single setting, The Sense of an Ending has the psychological and emotional depth and sophistication of Henry James at his best, and is a stunning achievement in Julian Barnes’s oeuvre.

This intense novel follows Tony Webster, a middle-aged man, as he contends with a past he never thought much about—until his closest childhood friends return with a vengeance: one of them from the grave, another maddeningly present. Tony thought he left this all behind as he built a life for himself, and his career has provided him with a secure retirement and an amicable relationship with his ex-wife and daughter, who now has a family of her own. But when he is presented with a mysterious legacy, he is forced to revise his estimation of his own nature and place in the world. 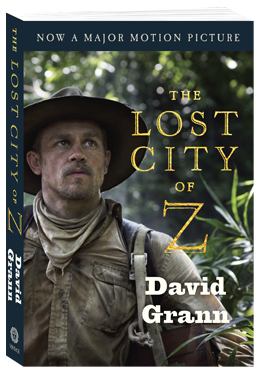 “Suspenseful…. Rollicking…. At once a biography, a detective story and a wonderfully vivid piece of travel writing.”
—The New York Times

This New York Times bestseller is soon to be a major motion picture starring Charlie Hunnam, Tom Holland, and Robert Pattinson and directed by James Gray.

In 1925, the legendary British explorer Percy Fawcett ventured into the Amazon jungle, in search of a fabled civilization. He never returned. Over the years countless people perished trying to find evidence of his party and the place he called “The Lost City of Z.” In this masterpiece of narrative nonfiction, journalist David Grann interweaves the spellbinding stories of Fawcett’s quest for “Z” and his own journey into the deadly jungle, as he unravels the greatest exploration mystery of the twentieth century. 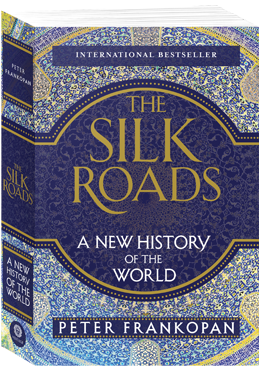 “A rare book that makes you question your assumptions about the world.”
—The Wall Street Journal

Far more than a history of the Silk Roads, this book is truly a revelatory new history of the world, promising to destabilize notions of where we come from and where we are headed next. From the Middle East and its political instability to China and its economic rise, the vast region stretching eastward from the Balkans across the steppe and South Asia has been thrust into the global spotlight in recent years. Frankopan teaches us that to understand what is at stake for the cities and nations built on these intricate trade routes, we must first understand their astounding pasts.

Frankopan realigns our understanding of the world, pointing us eastward. It was on the Silk Roads that East and West first encountered each other through trade and conquest, leading to the spread of ideas, cultures and religions. From the rise and fall of empires to the spread of Buddhism and the advent of Christianity and Islam, right up to the great wars of the twentieth century—this book shows how the fate of the West has always been inextricably linked to the East.