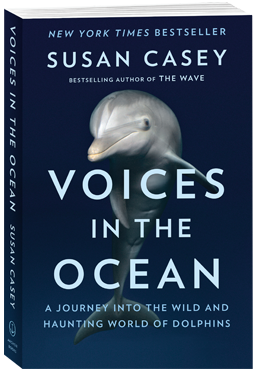 Inspired by a profound experience swimming with wild dolphins off the coast of Maui, Susan Casey set out on a quest to learn everything she could about these creatures. Her journey takes her from a community in Hawaii known as “Dolphinville,” where the animals are seen as the key to spiritual enlightenment, to the dark side of the human-cetacean relationship at marine parks and dolphin-hunting grounds in Japan and the Solomon Islands, to the island of Crete, where the Minoan civilization lived in harmony with dolphins, providing a millennia-old example of a more enlightened coexistence with the natural world.

Along the way, Casey recounts the history of dolphin research and introduces us to the leading marine scientists and activists who have made it their life’s work to increase humans’ understanding and appreciation of the wonder of dolphins—the other intelligent life on the planet.

“Gorgeously written…. Casey transports us through the many truths and myths about dolphins.” ―USA Today 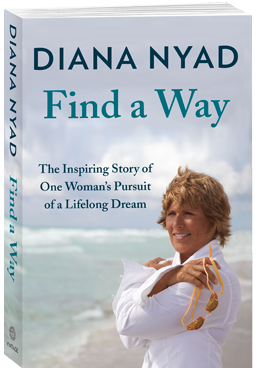 “Life-affirming…. A story about refusing to accept, or be defined by, defeat.” —The New York Times Book Review

When Diana Nyad arrived on the shore of Key West after fifty-three hours of grueling swimming across an epic ocean, she not only set a world record—becoming the first person to swim the shark-infested waters between Cuba and Florida with no cage for protection—she also succeeded in fulfilling a dream she first chased at age twenty-eight and at long last achieved when she was sixty-four.

“An inspiration.” —The Wall Street Journal 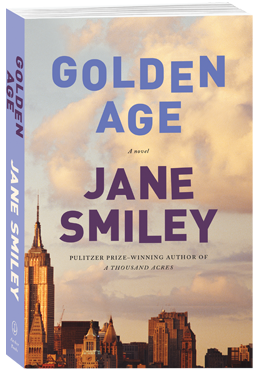 “A monumental portrait of an American family and an American century.” —Los Angeles Times

It’s 1987, and the next generation of Langdons is facing economic, social, and political challenges unlike anything their ancestors have encountered. Michael and Richie, twin sons of World War II hero Frank, work in the high-stakes worlds of government and finance—but their fiercest enemies may be closer to home. Charlie, the charmer, struggles to find his way; Guthrie is deployed to Iraq, leaving the Iowa family farm in the hands of his younger sister, Felicity— who, as always, has her own ideas. Determined to help preserve the planet, she worries that her family farm’s land is imperiled, and not only by the extremes of climate change.

Moving seamlessly from the power-brokered 1980s and the scandal-ridden ‘90s to our own present moment and beyond, Golden Age combines intimate drama, emotional suspense, and an intricate view of history, bringing to a magnificent conclusion the epic trilogy of one unforgettable family. 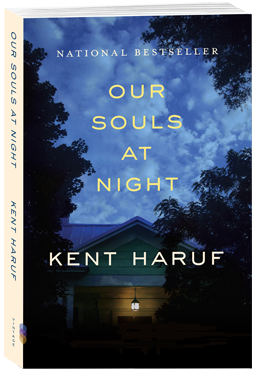 “Utterly charming…. Such a tender, carefully polished work that it seems like a blessing.” —The Washington Post

A Best Book of the Year
The Washington Post, The Boston Globe, BookPage, and more

A spare yet eloquent, bittersweet yet inspiring story of a man and a woman who, in advanced age, come together to wrestle with the events of their lives and their hopes for the imminent future.

In the familiar setting of Holt, Colorado, home to all of Kent Haruf’s inimitable fiction, Addie Moore pays an unexpected visit to a neighbor, Louis Waters. Her husband died years ago, as did his wife, and in such a small town they naturally have known of each other for decades; in fact, Addie was quite fond of Louis’s wife. His daughter lives hours away in Colorado Springs, her son even farther away in Grand Junction, and Addie and Louis have long been living alone in houses now empty of family, the nights so terribly lonely, especially with no one to talk with.

Their brave adventures—their pleasures and their difficulties—are hugely involving and truly resonant, making Our Souls at Night the perfect final installment to this beloved writer’s enduring contribution to American literature.