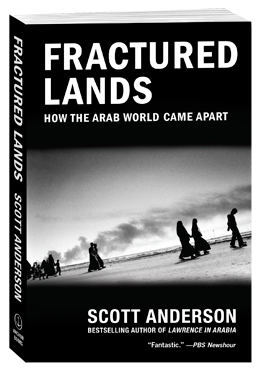 “A fascinating look into the region’s history, the forces of tribalism, and the global implications of an Arab world in revolt.”
—Charlie Rose

From the bestselling author of Lawrence in Arabia, a piercing account of how the contemporary Arab world came to be riven by catastrophe since the 2003 United States invasion of Iraq.

In 2011, a series of anti-government uprisings shook the Middle East and North Africa in what would become known as the Arab Spring. Few could predict that these convulsions, initially hailed in the West as a triumph of democracy, would give way to brutal civil war, the terrors of the Islamic State, and a global refugee crisis. But, as New York Times bestselling author Scott Anderson shows, the seeds of catastrophe had been sown long before. In this gripping account, Anderson examines the myriad complex causes of the region’s profound unraveling, tracing the ideological conflicts of the present to their origins in the United States invasion of Iraq in 2003 and beyond. From this investigation emerges a rare view into a land in upheaval through the eyes of six individuals—the matriarch of a dissident Egyptian family; a Libyan Air Force cadet with divided loyalties; a Kurdish physician from a prominent warrior clan; a Syrian university student caught in civil war; an Iraqi activist for women’s rights; and an Iraqi day laborer-turned-ISIS fighter. A probing and insightful work of reportage, Fractured Lands offers a penetrating portrait of the contemporary Arab world and brings the stunning realities of an unprecedented geopolitical tragedy into crystalline focus. 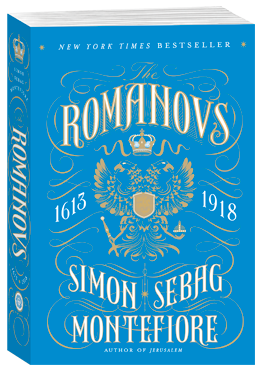 “The Romanovs is epic history on the grandest scale…. An excellent account.”
—Anthony Beevor, Financial Times

The Romanovs were the most successful dynasty of modern times, ruling a sixth of the world’s surface for three centuries. How did one family turn a war-ruined principality into the world’s greatest empire? And how did they lose it all?

This is the intimate story of twenty tsars and tsarinas, some touched by genius, some by madness, but all inspired by holy autocracy and imperial ambition. Simon Sebag Montefiore’s gripping chronicle reveals their secret world of unlimited power and ruthless empire-building, overshadowed by palace conspiracy, family rivalries, sexual decadence, and wild extravagance.

Drawing on new archival research, Montefiore delivers an enthralling epic of triumph and tragedy, love and murder, that is both a universal study of power and a portrait of empire that helps define Russia today. “[An] intelligent page-turner…. One of the most bizarre but illuminating episodes of that tumultuous era of protest.”
—The Washington Post

From New Yorker staff writer and bestselling author of The Nine and The Run of His Life: The People v. O. J. Simpson, the definitive account of the kidnapping and trial that defined an insane era in American history

On February 4, 1974, Patty Hearst, a sophomore in college and heiress to the Hearst Family fortune, was kidnapped by a ragtag group of self-styled revolutionaries calling itself the Symbonese Liberation Army. The weird turns that followed in this already sensational take are truly astonishing–the Hearst family tried to secure Patty’s release by feeding the people of Oakland and San Francisco for free; bank security cameras captured “Tania” wielding a machine gun during a roberry; the LAPD engaged in the largest police shoot-out in American history; the first breaking news event was broadcast live on telelvision stations across the country; and then there was Patty’s circuslike trial, filled with theatrical courtroom confrontations and a dramatic last-minute reversal, after which the term “Stockholm syndrome” entered the lexicon.

Ultimately, the saga highlighted a decade in which America seemed to be suffering a collective nervous breakdown. American Heiress portrays the electrifying lunacy of the time and the toxic mic of sex, politics, and violence that swept up Patty Hearst and captivated the nation. 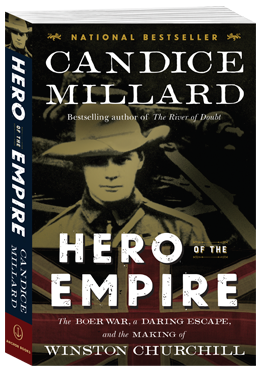 “A slam-bang study of Churchill’s wit and wile as he navigates the Boer War like [a] proto-James Bond.”
—USA Today

At the age of twenty-four, Winston Churchill was utterly convinced it was his destiny to become prime minister of England. He arrived in South Africa in 1899, valet and crates of vintage wine in tow, to cover the brutal colonial war the British were fighting with Boer rebels and jumpstart his political career. But just two weeks later, Churchill was taken prisoner. Remarkably, he pulled off a daring escape—traversing hundreds of miles of enemy territory, alone, with nothing but a crumpled wad of cash, four slabs of chocolate, and his wits to guide him.

Bestselling author Candice Millard spins an epic story of bravery, savagery, and chance encounters with a cast of historical characters—including Rudyard Kipling, Lord Kitchener, and Mohandas Gandhi—with whom Churchill would later share the world stage. But Hero of the Empire is more than an extraordinary adventure story, for the lessons Churchill took from the Boer War would profoundly affect twentieth century history. 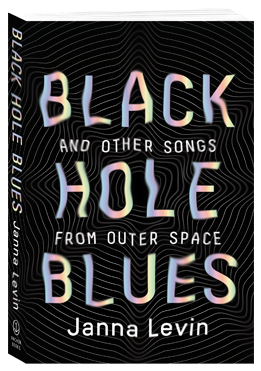 “A splendid book that I recommend to anyone with an interest in how science works and in the power of human imagination and ability.”
—The Wall Street Journal

The authoritative story of the headline-making discovery of gravitational waves—by an eminent theoretical astrophysicist and award-winning writer.

In 1916, Einstein predicted the presence of gravitational waves. One century later, we are recording the first sounds from space, evidence of the waves’ existence caused by the collision of two black holes. An authoritative account of the headline-making discovery by theoretical astrophysicist and award-winning writer Janna Levin, Black Hole Blues and Other Songs from Outer Space recounts the fascinating story of the obsessions, aspirations, and trials of the scientists who embarked on an arduous fifty-year endeavor to capture these elusive waves

Five decades after the experiment was dreamed up, the team races to intercept a wisp of sound with two colossal machines, hoping to succeed in time for the centenary of Einstein’s most radical idea. With unprecendented access to the surprises, disappointments, achievements, and risks in this remarkable story, Janna Levin’s absorbing account offers a portrait of modern science that is unlike anything we’ve seen before. 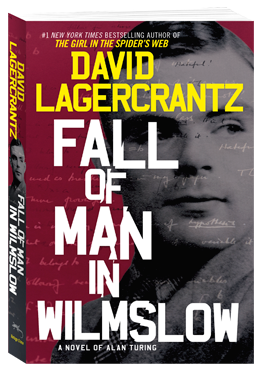 “Absorbing…. Gets the synapses sparking.”
—The Sunday Telegraph (London)

On June 8, 1954, Alan Turing is found dead in his home in the sleepy suburb of Wilmslow—an apparent suicide. Investigators assumed he purposely ate a cyanide-laced apple because he was unable to cope with the humiliation of his criminal conviction for gross indecency. But Leonard Corell, a young detective constable who once dreamed of a career in higher mathematics, suspects greater forces are involved. In the face of opposition from his superiors and in the paranoid atmosphere of the Cold War, he inches closer to the truth and to one of the most closely guarded secrets of the Second World War—what was going on at Bletchley Park. With state secrets swirling in his mind and a growing fear that he is under surveillance, Corell realizes that he has much to learn about the dangers of forbidden knowledge.