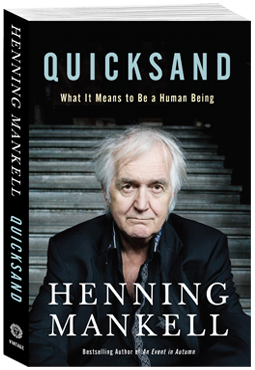 “An extraordinary book…. Profoundly moving in its choice of hope over despair, and its resolution never to be ‘robbed of one’s happiness.’”
—The Guardian

A stunning and poignant autobiographical look at the myriad experiences that shape a meaningful life, by the bestselling author of the Kurt Wallander mysteries.

In January 2014, Henning Mankell received a diagnosis of lung cancer. Quicksand is a response to this shattering news—but it is not a memoir of destruction. Instead, it is a testament to a life fully lived, a tribute to the extraordinary but fleeting human journey that delivers both boundless opportunity and crucial responsibility. In a series of intimate vignettes, Mankell ranges over rich and varied reflections: of growing up in a small Swedish town, where he experiences a startling revelation on a winter morning as a young boy; of living hand-to-mouth during a summer in Paris as an ambitious young writer; of his work at a theater in Mozambique, where Lysistrata is staged in the midst of civil war; of chance encounters with men and women who changed his understanding of the world. Along the way, Mankell ponders the meaning of a good life, and the critically important ways we can shape the future of humanity if we are fortunate enough to have the choice. Vivid, clear-eyed, and breathtakingly beautiful, Quicksand is an invaluable parting gift from a great man. 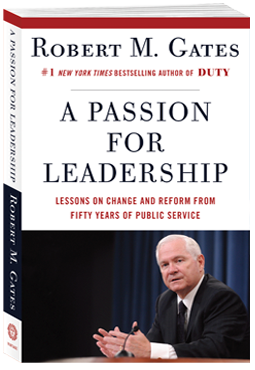 “An insider’s look at how to lead…. Helpful…. Inspiring.”
—Fort Worth Star-Telegram

“Recommendations for leaders of all sorts.”
—The Wall Street Journal

Having led change successfully at three sprawling, monumental organizations—the CIA, Texas A&M University, and the Department of Defense—Robert M. Gates offers the ultimate insider’s look at how leaders can transform large organizations and companies. For many Americans, bureaucracy and corporate structure are code words for inertia. Gates knows that it doesn’t have to be that way. With stunning clarity, he shares how simple plans, faithfully executed, can cut through the mire of bureaucracy to reform organizational culture. And he shows that great leaders listen and respond to their teams and embrace the power of compromise. Using the full weight of his wisdom, candor, and devotion to duty, he empowers leaders at any level to effectively implement his leadership strategies. 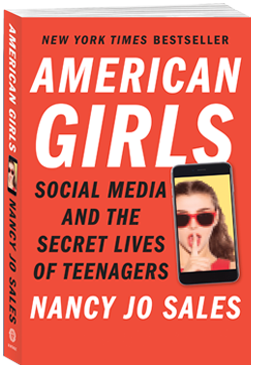 “Should be required reading…. Forces us to face a disturbing new reality.” —San Francisco Chronicle

Instagram. Whisper. Yik Yak. YouTube. Kik. Ask.fm. Tinder. The dominant force in the lives of girls coming of age in America today is social media. What it is doing to an entire generation of young women is the subject of award-winning Vanity Fair writer Nancy Jo Sales’s riveting and explosive American Girls.

With extraordinary intimacy and precision, Sales captures what it feels like to be a girl in America today. From Montclair to Manhattan and Los Angeles, from Florida and Arizona to Texas and Kentucky, Sales crisscrossed the country, speaking to more than two hundred girls, ages thirteen to nineteen, and documenting a massive change in the way girls are growing up, a phenomenon that transcends race, geography, and household income. American Girls provides a disturbing portrait of the end of childhood as we know it and of the inexorable and ubiquitous experience of a new kind of adolescence—one dominated by new social and sexual norms, where a girl’s first crushes and experiences of longing and romance occur in an accelerated electronic environment; where issues of identity and self-esteem are magnified and transformed by social platforms that provide instantaneous judgment. What does it mean to be a girl in America in 2016? It means coming of age online in a hypersexualized culture that has normalized extreme behavior, from pornography to the casual exchange of nude photographs; a culture rife with a virulent new strain of sexism and a sometimes self-undermining notion of feminist empowerment; a culture in which teenagers are spending so much time on technology and social media that they are not developing basic communication skills. From beauty gurus to slut-shaming to a disconcerting trend of exhibitionism, Nancy Jo Sales provides a shocking window into the troubling world of today’s teenage girls.

Provocative and urgent, American Girls is destined to ignite a much-needed conversation about how we can help our daughters and sons negotiate unprecedented new challenges. 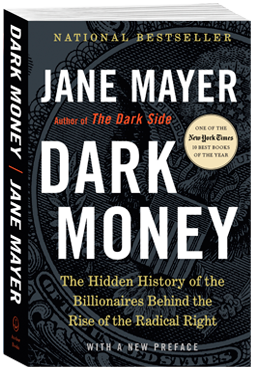 “One of the very few utterly invaluable journalists this country has.”
—Esquire

Why is America living in an age of profound and widening economic inequality? Why have even modest attempts to address climate change been defeated again and again? Why do hedge-fund billionaires pay a far lower tax rate than middle-class workers? In a riveting and indelible feat of reporting, Jane Mayer illuminates the history of an elite cadre of plutocrats—headed by the Kochs, the Scaifes, the Olins, and the Bradleys—who have bankrolled a systematic plan to fundamentally alter the American political system. Mayer traces a byzantine trail of billions of dollars spent by the network, revealing a staggering conglomeration of think tanks, academic institutions, media groups, courthouses, and government allies that have fallen under their sphere of influence. Drawing from hundreds of exclusive interviews, as well as extensive scrutiny of public records, private papers, and court proceedings, Mayer provides vivid portraits of the secretive figures behind the new American oligarchy and a searing look at the carefully concealed agendas steering the nation. Dark Money is an essential book for anyone who cares about the future of American democracy. 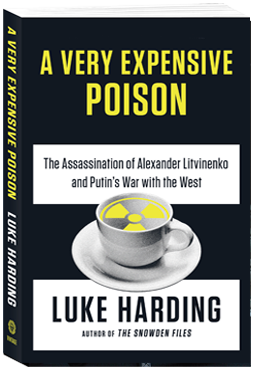 “One of the best political thrillers I have come across in years. It is also a wonderful guide to criminality and power in today’s Russia.”
—Robert Fox, The Evening Standard

On November 1, 2006, journalist and Russian dissident Alexander Litvinenko was poisoned in London. He died twenty-two days later. The cause of death? Polonium—a rare, lethal, and highly radioactive substance. Here Luke Harding unspools a real-life political assassination story—complete with KGB, CIA, MI6, and Russian mobsters. He shows how Litvinenko’s murder foreshadowed the killings of other Kremlin critics, from Washington, DC, to Moscow, and how these are tied to Russia’s current misadventures in Ukraine and Syria. In doing so, he becomes a target himself and unearths a chain of corruption and death leading straight to Vladimir Putin. From his investigations of the downing of flight MH17 to the Panama Papers, Harding sheds a terrifying light on Russia’s fracturing relationship with the West. 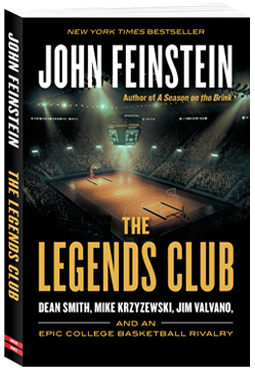 “One of Feinstein’s best…. A compelling…fast-moving account of a memorable era in college basketball.”
—Chicago Tribune

On March 18, 1980, the Duke basketball program announced the hiring of Mike Krzyzewski, the man who would restore glory to the team. The only problem: no one knew who Krzyzewski was. Nine days later, Jim Valvano was hired by North Carolina State to be their new head coach. The hiring didn’t raise as many eyebrows, but the two new coaches had a similar goal: to unseat North Carolina’s Dean Smith as the king of college basketball. And just like that, the most sensational competitive decade in history was about to unfold. In the skillful hands of John Feinstein, The Legends Club captures an era in American sport and culture, documenting the inside view of a decade of absolutely incredible competition. Feinstein pulls back the curtain on the recruiting wars, the intensely personal competition that wasn’t always friendly, the enormous pressure and national stakes, and the battle for the very soul of college basketball.